Let me first apologise to my readers that do not follow or like tennis and don’t know the celebrities i’m going to talk about here. However, if you stick with it, the word ‘charity’ and ‘cancer’are universal. I do hope you at least enjoy some of the photos:-)

The queen’s club was established in 1886, one of the first multi-sport clubs to be founded in britain. As well as tennis, you’ll find courts for squash, real tennis (the game from which tennis evolved) and rackets. 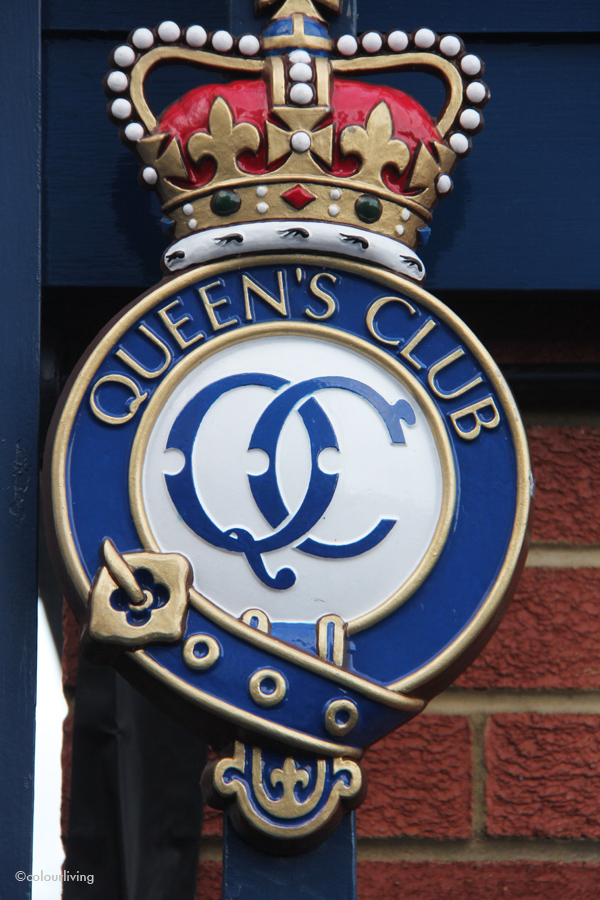 The aegon championships is one of the top 10 tennis events in the world. The tournament attracts many of the leading players from the men’s game as they begin their preparations for wimbledon on the grass courts of the queen’s club in west London. 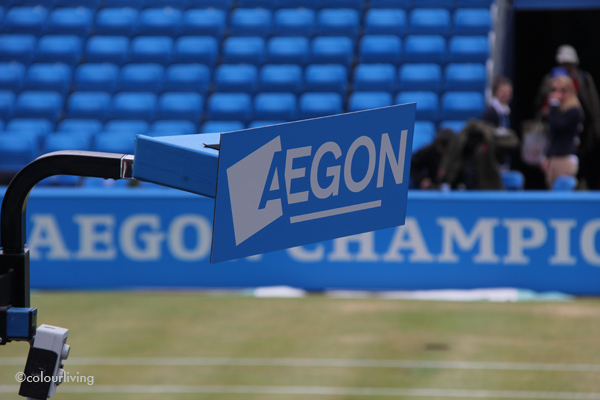 The club is owned by its members and i’m very lucky to be invited every year by a dear friend of mine. I saw andy murray take the title here in 2011 and just witnessed a repeat last sunday.

But the road to victory was not an easy one. Scheduled to go and see the men’s semi-finals (always my favourite) on saturday, it was a complete wash out! This here below was the scene for the entire day until 6pm. Although we knew play would commence at that time, we took the decision to go home and come back for the finals instead! 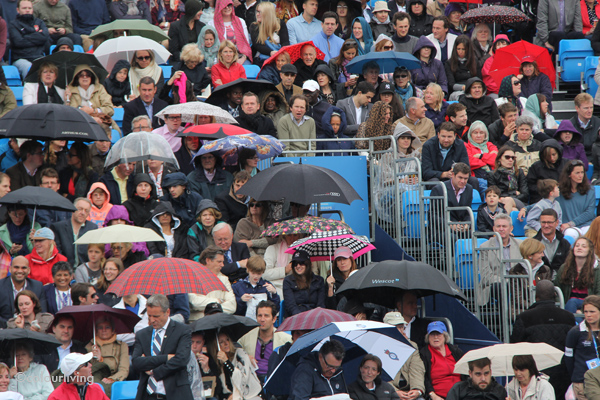 On sunday, after another few hours of rain delay, we could finally see the light at the end of the tunnel… or, in this case, a sky that was starting to turn blue! Hooray, there was excitement in the air, a real sense of anticipation as the announcement was made that play would commence at 3.30pm. 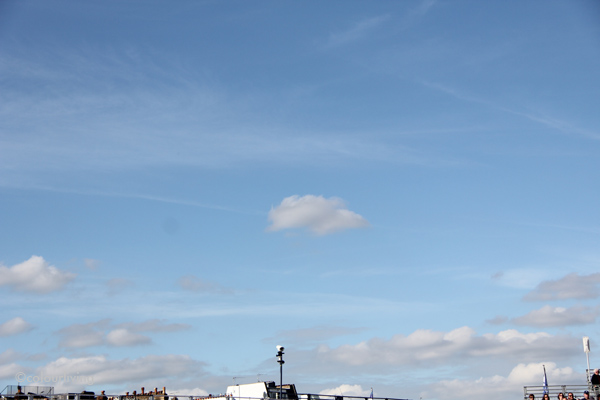 Yes, ladies and gentlemen, and from then forth, this was the vista throughout the rest of the day! 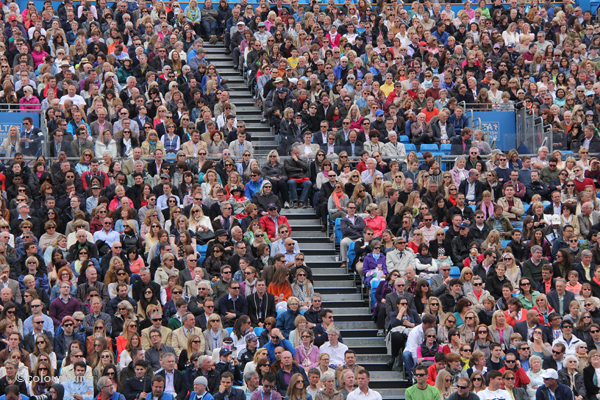 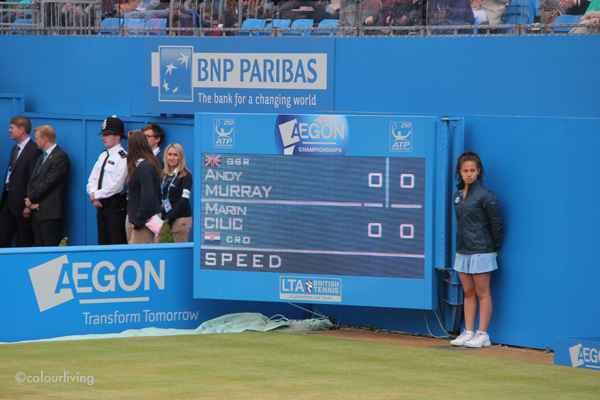 The boy is looking good, would you agree? 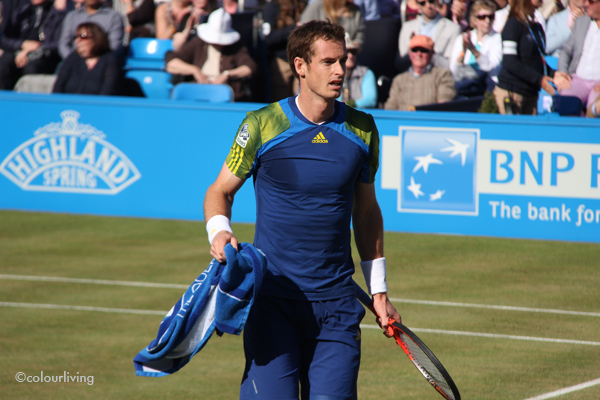 And for my fellow tennis players, this is how we’re meant to serve:-)

The moment of victory. It’s rare to see andy smile, so was rather chuffed with this shot! 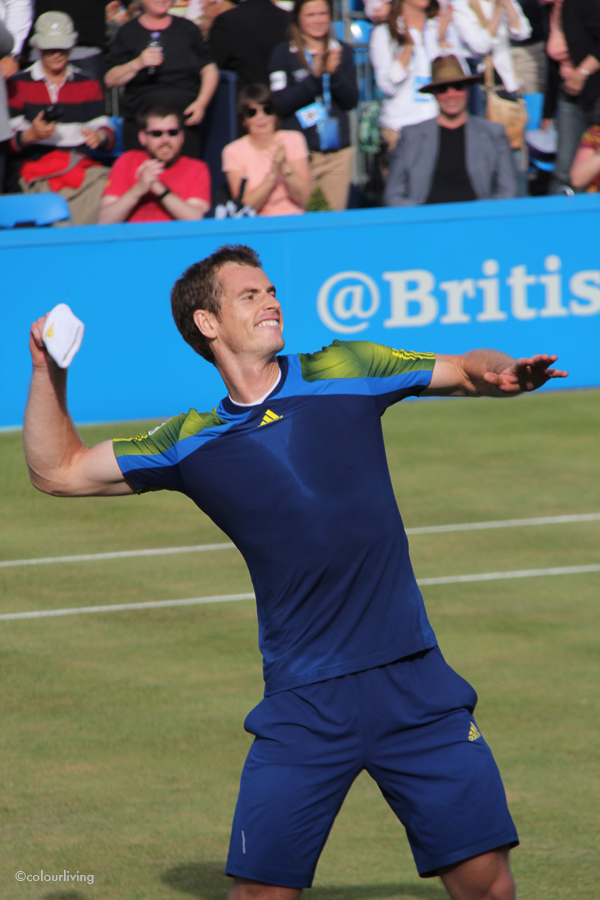 I loved, loved, loved this years uniforms for the ball girls. Looked very stella mccartney to me. Do you like them? 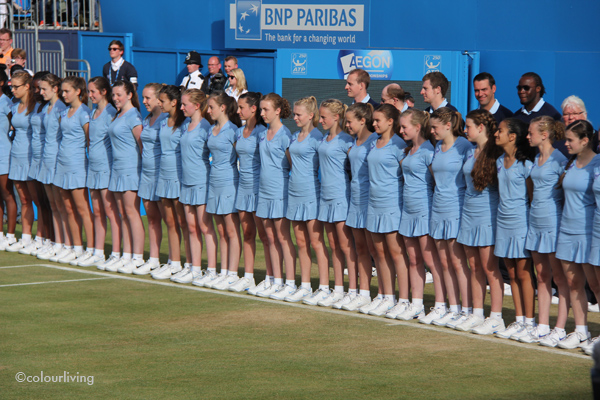 Ah yes, the trophy!!!! Well done andy, your third victory here at queens. That should set you up nicely for wimbledon!

After the finals, we were treated to a hilarious and much anticipated for charity celebrity tennis match. The charity was rally against cancer. I believe, at the time of announcement on sunday, they had raised around £65,000 for the the royal marsden, the world-leading cancer centre treating british tennis player ross hutchins. After Ross announced that he had hodkgin lymphoma, the entire tennis world came out to support the event and help raise money. Here he is being interviewed by sue barker. 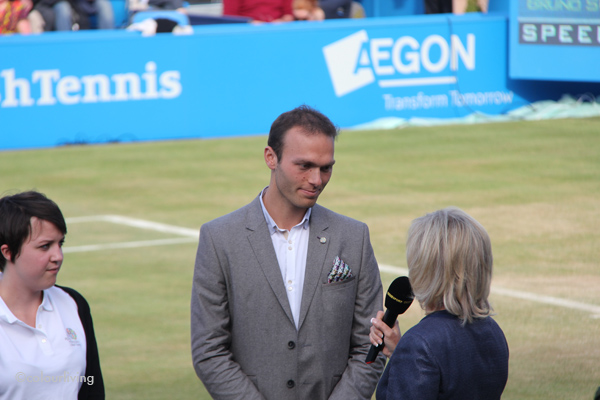 This signed poster was handed to ross as a souvenir. 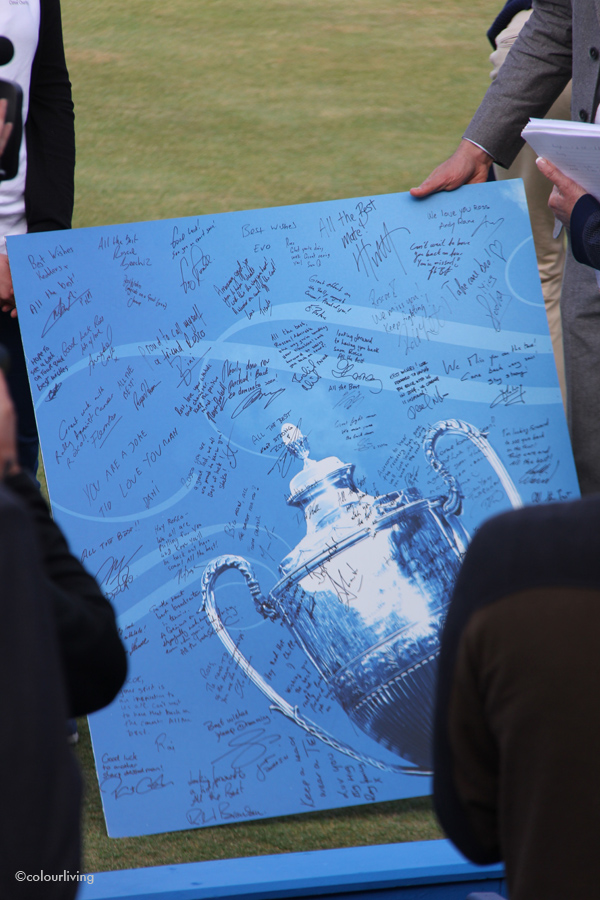 Andy murray and tim henman took on ivan lendl and tomas berdych for a truly entertaining match. Who knew lendl (murray’s coach) had such a fantastic sense of humour. I rooted for him all the way. It was also nice to see henman back in action! 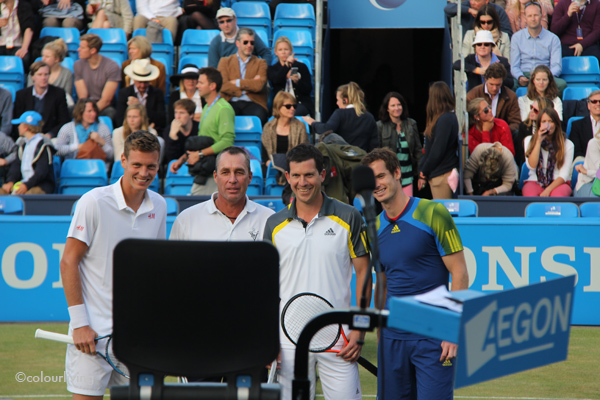 That match was followed by more of a ‘spoof’ match. In murray’s team you had the rather ‘pissed’ jonathan ross, very funny boris johnson and jimmy carr. 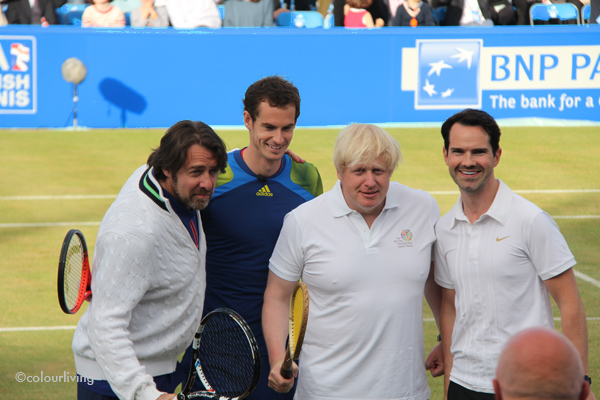 Henman’s team was made up of sir richard branson, the hilarious michael mcintyre  and the actor eddie redmayne. 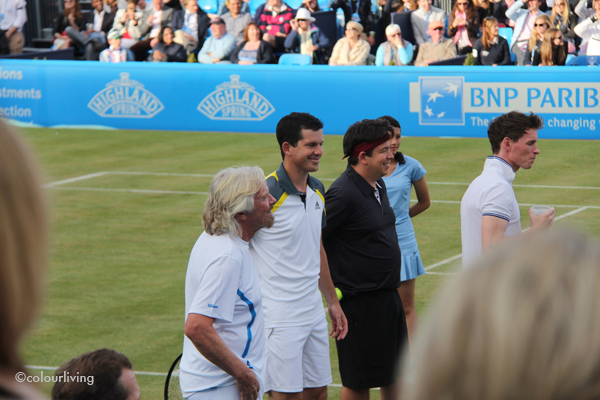 The charity match was really good fun but definitely enhanced by the larger than life boris johnson and michael mcintyre. To my surprise, they were also the strongest tennis players, albeit johnson using a vintage 1956 wooden racket! 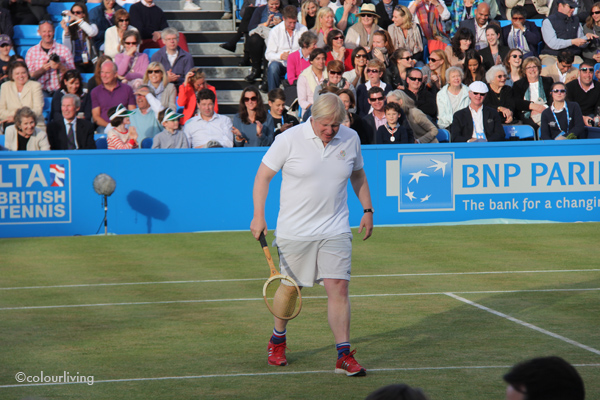 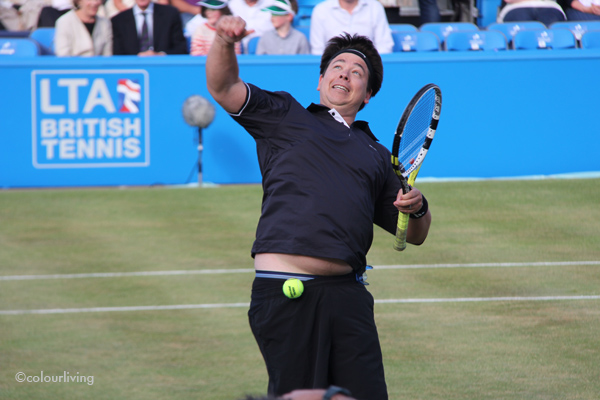 All in all it was magical to be back at queens and i cannot wait for next year! Wimbledon runs from monday 24th june to sunday 7th july. C’mon andy!

Anyone watched the finals or the charity game that was screened on bbc1? Have a great weekend.