We are reaching the half mark in the 100 day project devised by Elle Luna. To see my other posts on this, see here and here.

It’s been a challenge and yet it’s somehow become a bit of a habit. You know they say it takes 30 days to form a habit. But I’m wondering if it’s going to get harder in the next 50 days. For one, I choose a different artist each day. Will I run out? Of course not. There are thousands of great artists out there. I suppose, part of me wants to do more collages and mixed media but I try and keep to my between 30-60minutes a day on this project.

Here are some of the artists I chose and the sketches that were inspired as a result. Because of my love for cityscapes I dedicated nearly a whole week to drawing them.

Simon Fairless is a new and emerging British painter, with subjects as varied as Landscapes, Cityscapes, Seascapes, Figurative, Still Life and abstract works. Simon lives and works as a full time artist in Windsor. 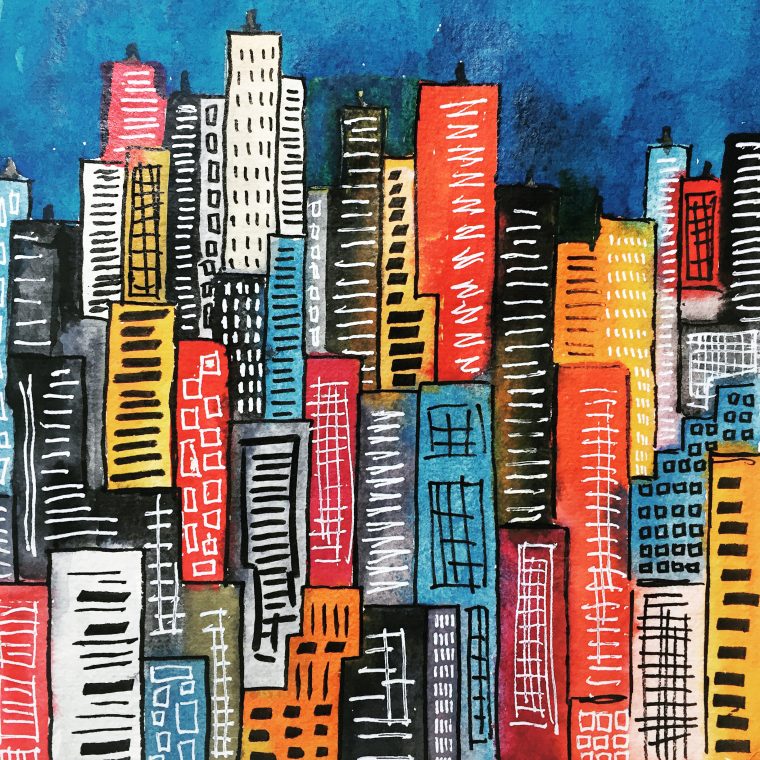 Born 1913 / Died 1988
Piero Fornasetti was an Italian painter, sculptor, interior decorator and engraver. he lived most of his life in Milan. This was inspired by the fabric and wallpaper called Gerusalemme by night. 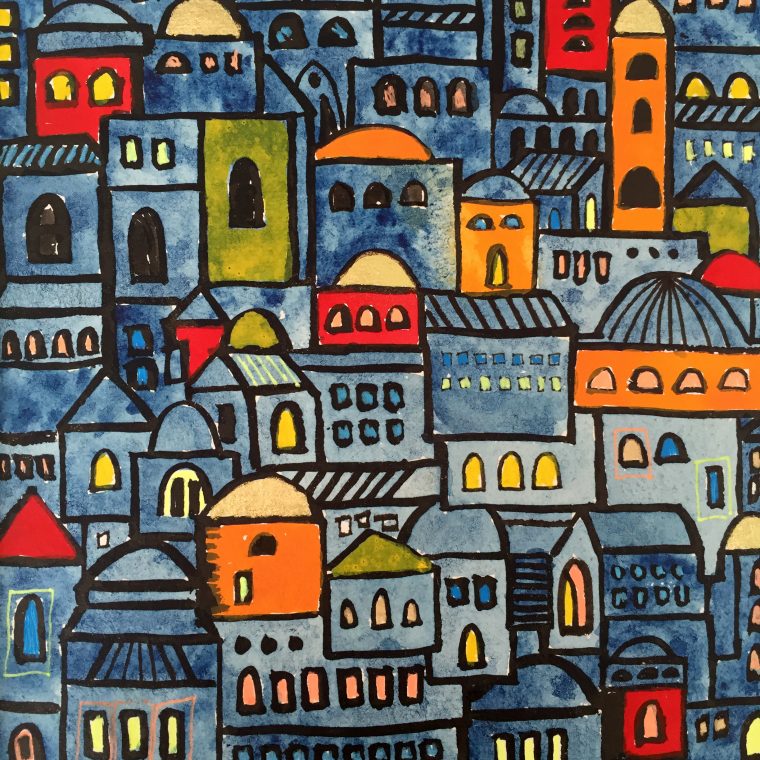 Born 1879 / 1940
Paul Klee was a Swiss-German painter. His highly individual style was influenced by movements in art that included Expressionism, Cubism and Surrealism. 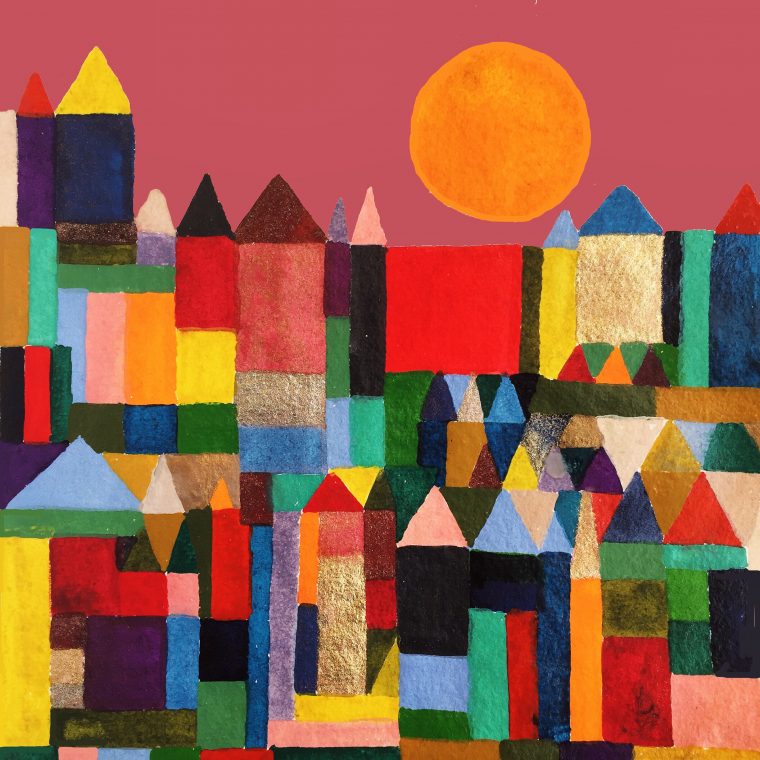 Karla Gerard an American Folk Art / Abstract artist. She sells her art both on Etsy and Ebay. 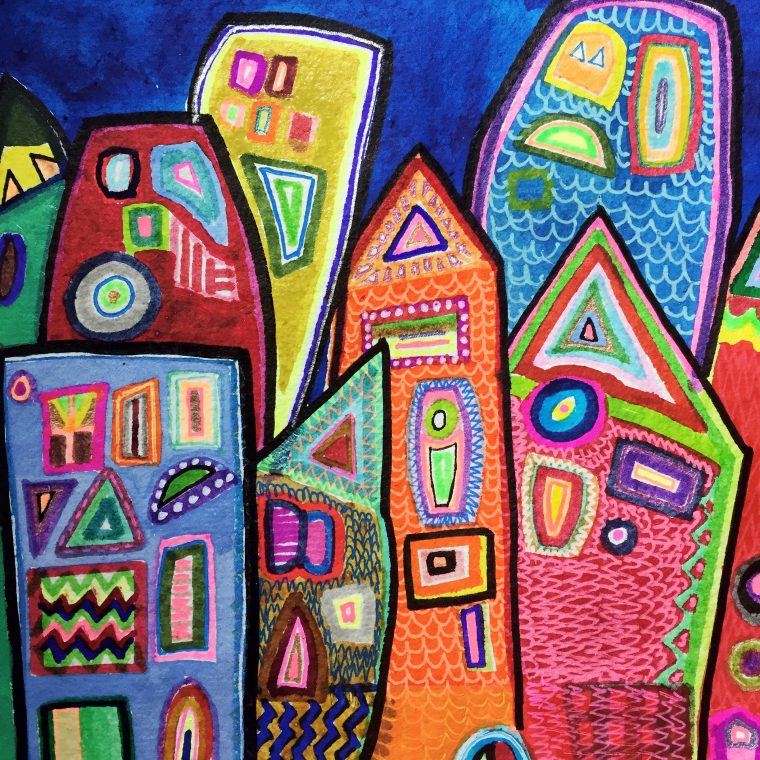 Nigel Peake is a Northern Irish artist. Afetr training as an architect in 2005 he worked on various cultural & commercial projects as an illustrator and graphic designer. 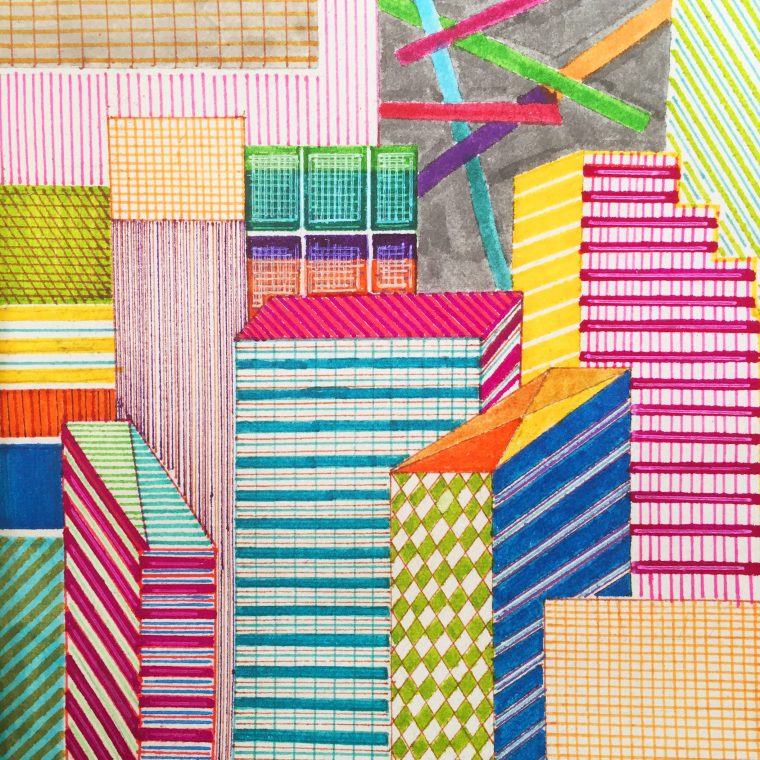 James Gulliver Hancock is an Australian artist and illustrator now living in the US. He describes an obsession with re-imagining the world around him and is best known for his books on drawing buildings from London, New York to Sydney. 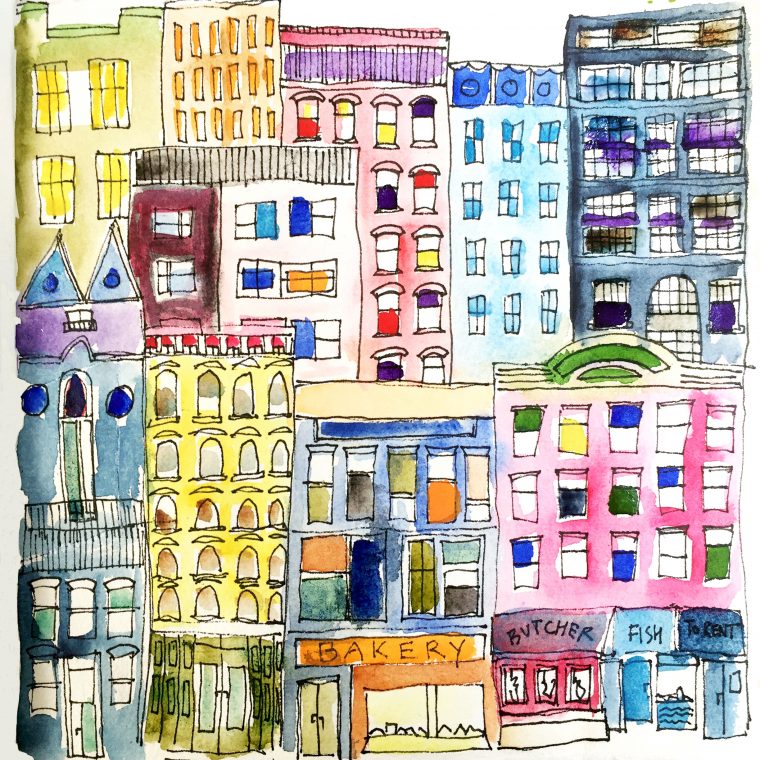 Born 1925 // Died 2007
Sheila Bownas was a painter and textile designer whose work was hidden from everyone (incl. family) until after her death.

Chelsea Cefai (@sheilabownas on IG) purchased the archive in 2008 and is faithfully bringing a selection of Sheila’s patterns back to life.
A new exhibition with 100 original patterns, early paintings, photographs and private letters will run from 25 June to 3 September 2016 at RUGBY Art Gallery & Museum.

So the journey continues. I’ll keep you all updated. Thank you for the continued support and please feel free to follow me on Instagram. at home with max fraser