Now i’m not one to usually frequent in pubs. As a non-drinker it’s never my first choice. There are, however, some wonderful pubs around the UK, especially the ones that also serve really good food.

The other day, while on my way to a movie at the london film festival (it finishes this sunday), i passed this pub. I was immediately drawn to it’s exterior and it made me think about why some pubs feel nicer than others. Is it just the building, the street, the area, the decor? Maybe it’s a combination of everything. Of course, for the beer drinkers amongst you it might be because they have the right beer.

I stopped to take a look. At first i was only interested in the exterior. There is something about mosaics, wouldn’t you agree? Let me introduce you to the lamb. 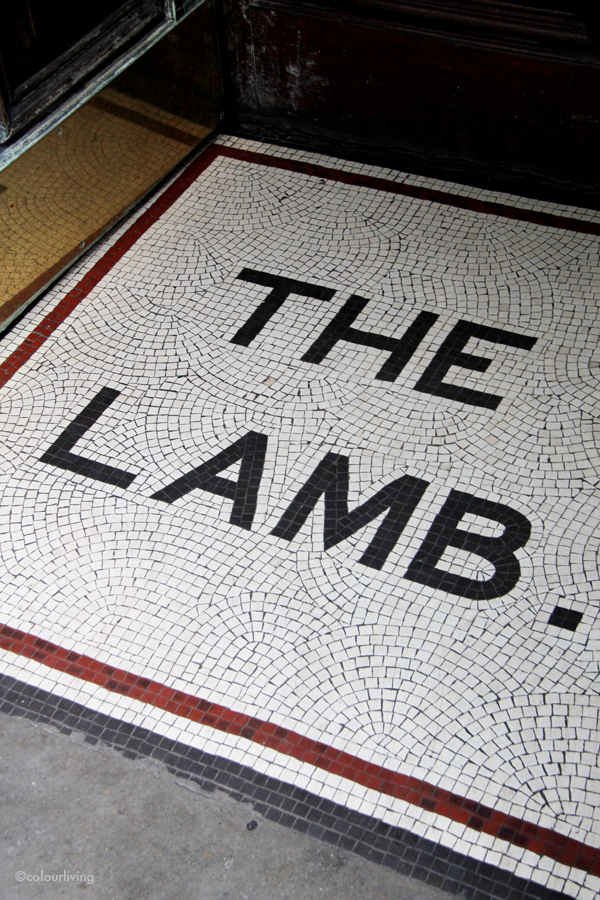 The exterior is really quaint and far more resembles a country pub. Yet it’s in the centre of london, in lambs conduit street, bloomsbury. The pub is named after william lamb who in 1577 improved upon an existing conduit to bring clean water down from holborn as an act of charity to benefit the neighbourhood. It is believed that the pub was probably built around 1729. 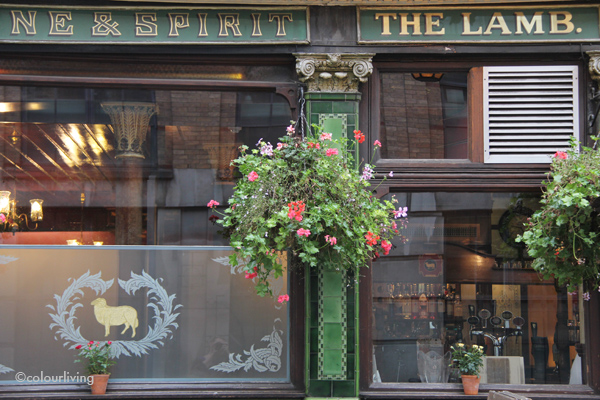 We love our urban jungles in the midst of the city. How pretty are these? 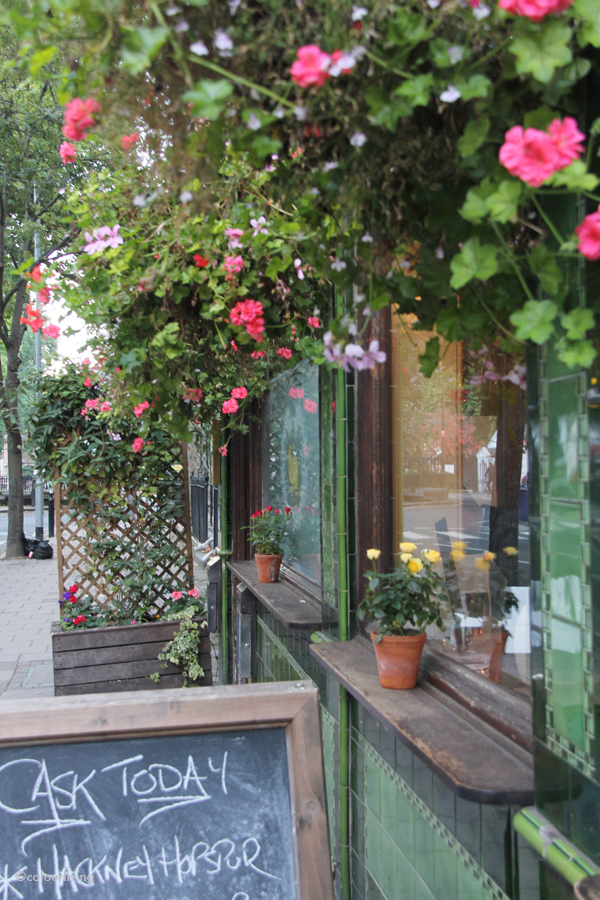 I was fascinated by these windows transfers. On closer inspection they looked 3d. I have no idea when they were applied but it’s this attention to detail that aroused my curiosity. I wanted to know a little bit more and see what the inside is like. 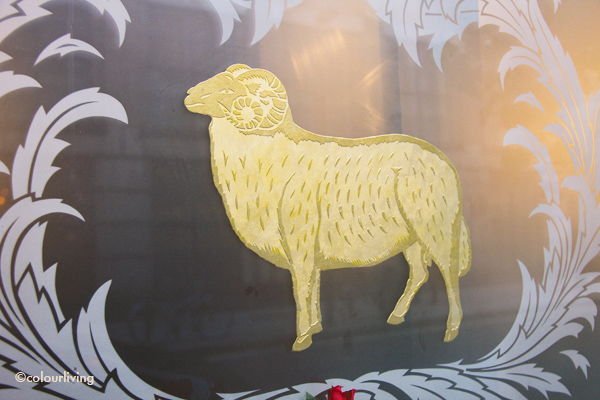 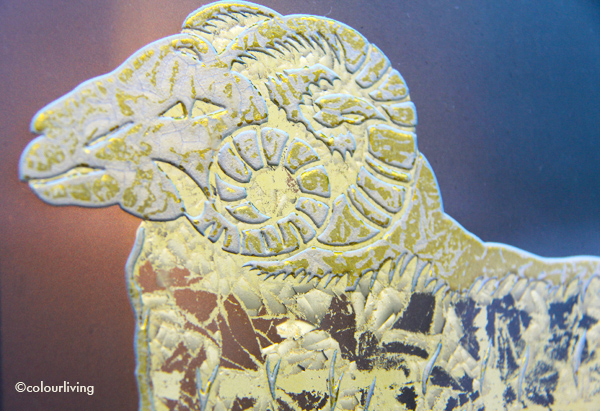 Given that it was around 5pm, it was already pretty busy. Not that i’m an expert or anything, but the atmosphere in there was very calm and soothing. I looked around and realised it’s because there were no tv screens or random music playing in the background. There was just the noise of people chatting away and relaxing.

Feast your eyes over these lamps. So simple and yet, they gave out a glorious glow. 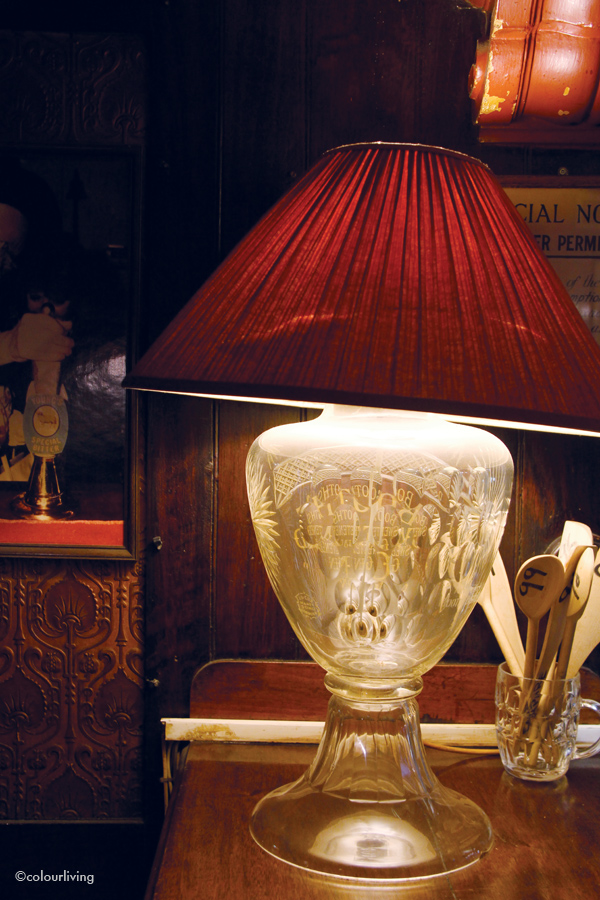 On one side you had a whole row of these old black and white photographs, which made me wonder whether these ladies and gentlemen were actually once customers of this very fine establishment. 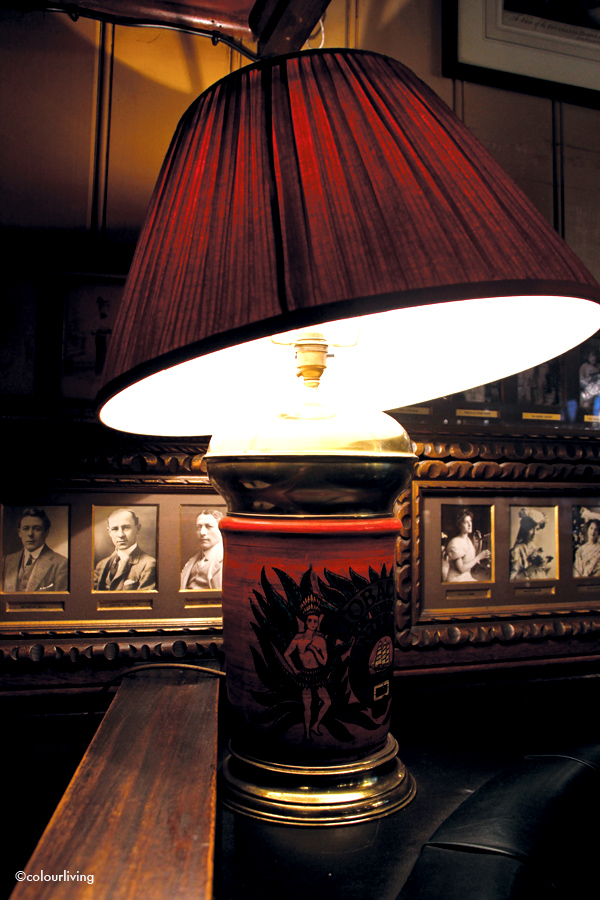 There was rich texture galore, from the walls to the screens to the mirrors. Everything was either etched or embossed. I love that little map panel on the lamp here below. So quirky. 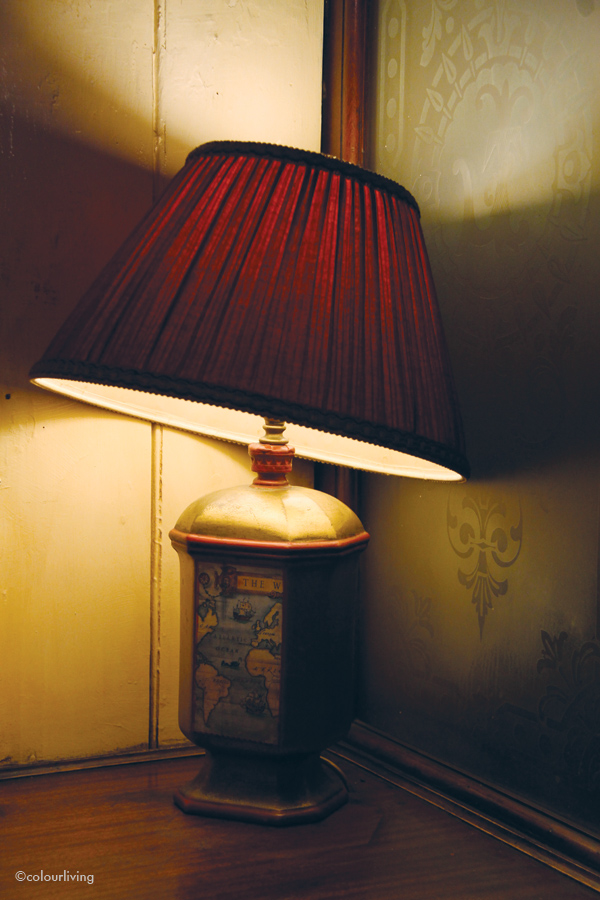 Look at the exquisite base of this next lamp, set against this magnificent wall. There is something rather art deco about that base but i think it works wonderful with the etched glass. 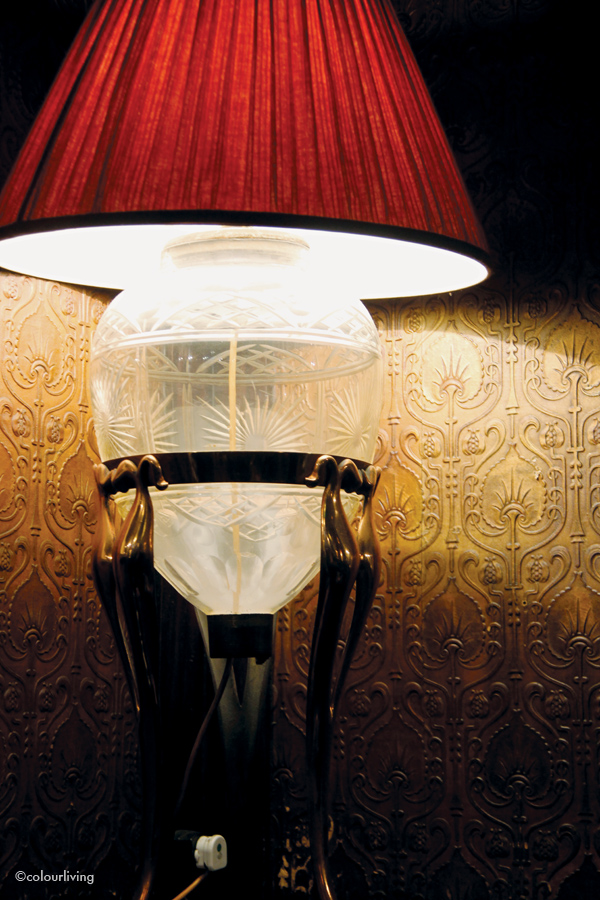 A little private corner, openly displayed and very home-like with these shelves, book and hanging postcards. Was weirdly compelled to ring the bell:-) 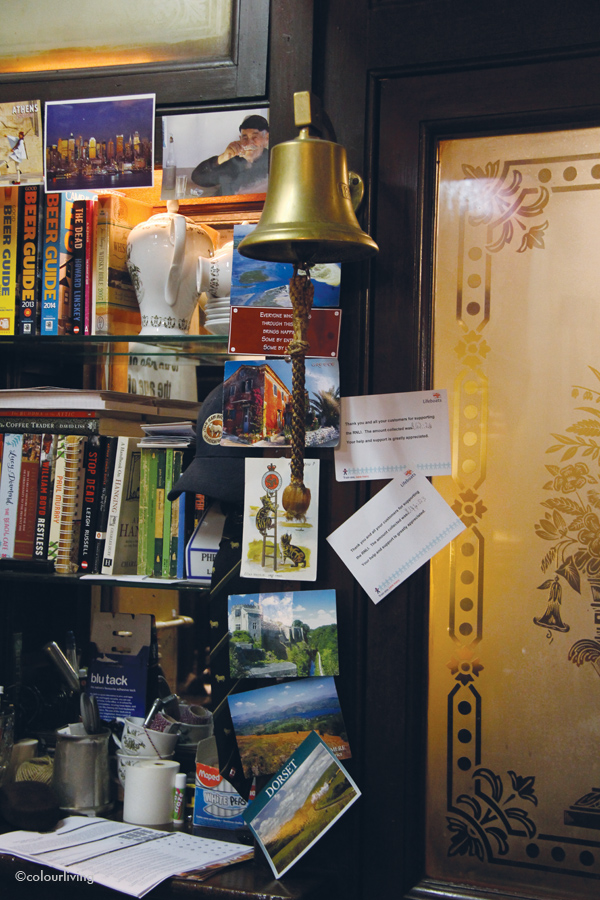 Another piece of beautifully treated glass. Loving all the gold! 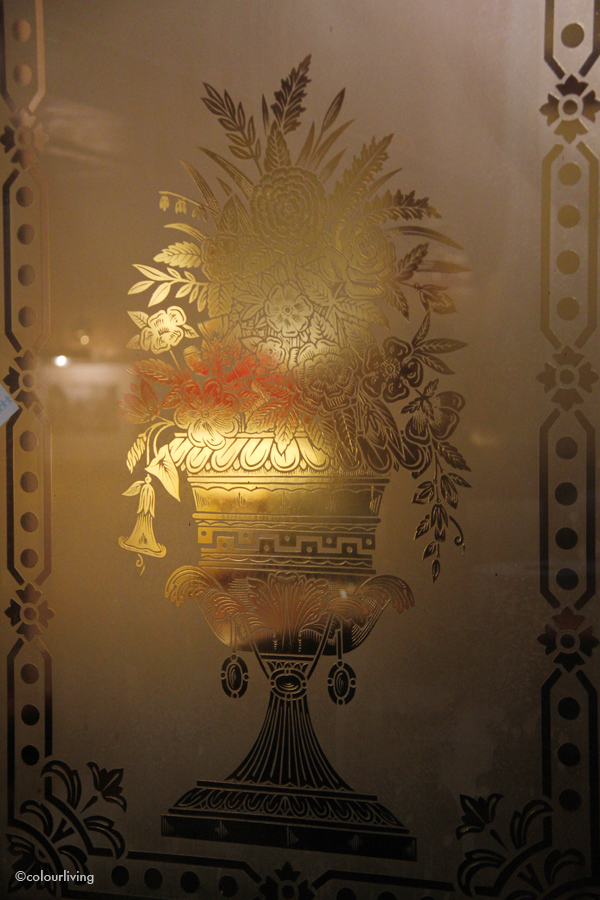 These beauties here are etched frosted glass snob screens. They were popular in the 1890s and hid the customer from the publican when they ordered their drinks, but the hinges still allowed the bar staff to check on the customers without disturbing their privacy. Unfortunately i couldn’t photograph an entire row as people were sitting nearby. 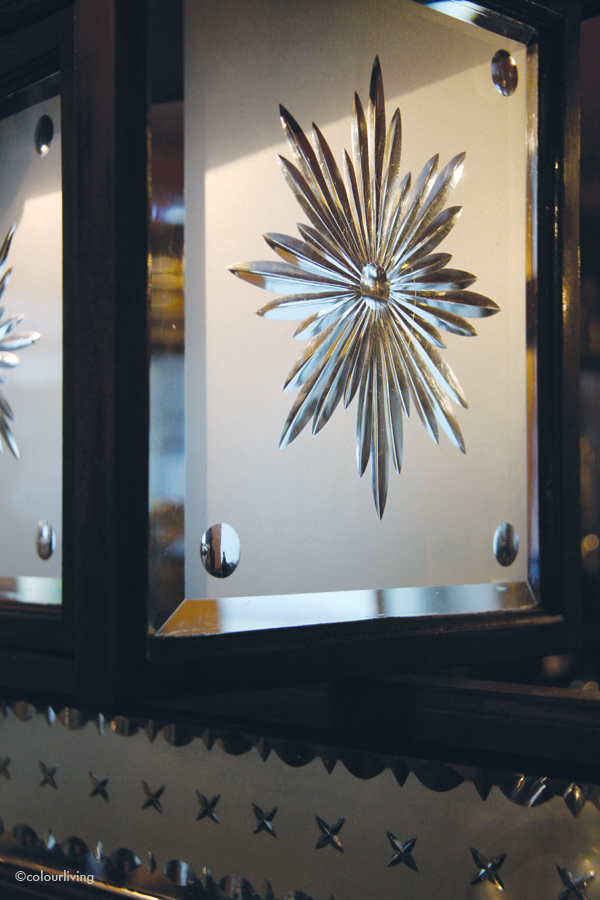 Ah, a pub post wouldn’t be complete without this! 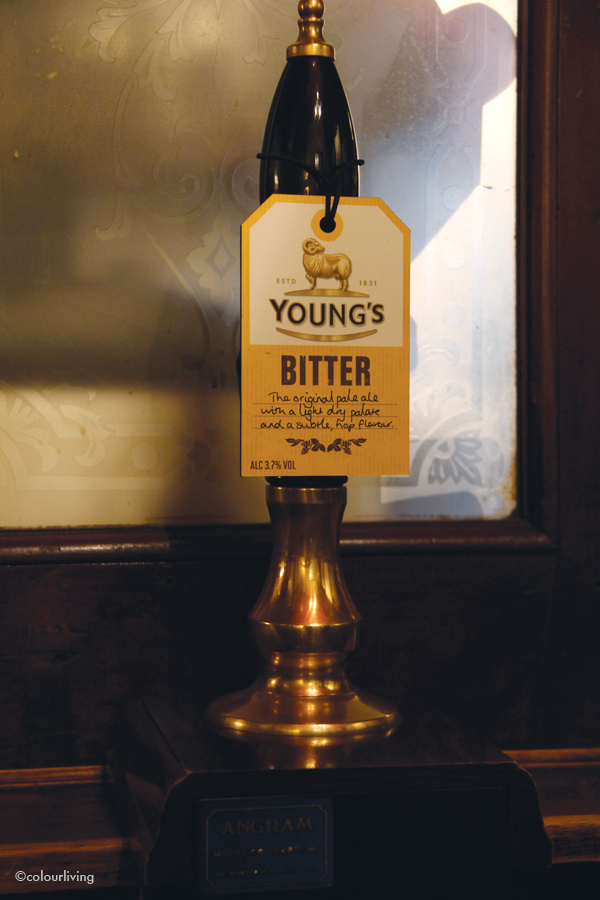 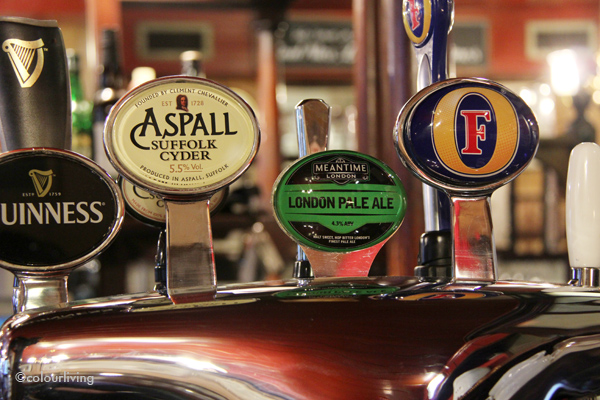 The lamb serves traditional british meals with daily changing specials. It’s definitely worth a visit and lambs conduit street is full of wonderful shops to satisfy those shopping urges.