It’s time for another helping of The Creative Process.

After a quick summer break in August, it’s back and I’m delighted to feature Tim Milne from ARTOMATIC. I first visited ARTOMATIC in the late 90’s but only re-met with Tim a short while ago.

For new readers:
Much has been written about The Creative Process, which in its purest form is simply a way of solving a problem. That sounds simple, doesn’t it? Creativity and its process, contrary to popular belief, is not just reserved for artists and designers. I believe that everyone can benefit from learning and understanding the numerous ways of the creative process. I will invite people to share their own personal creative processes with us and hope this will help you with identifying your own.

Why not let Tim introduce himself.

Hello. Well, I suppose I better start by explaining what I do and what I’ve done, since I don’t regard myself as creative in the purest sense—like a designer or artist. 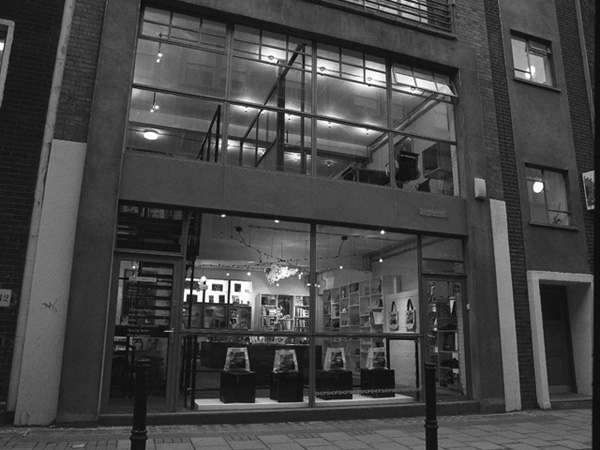 I’ve run ARTOMATIC on and off for pretty much all of my career. It started out as a kitchen-table screen-printers that bridged the yawning chasm between creatives and printers by being curious and nurturing of other people’s creativity. In 1998, we opened a reference-library-cum-graphic-concept-store in Clerkenwell to give designers more choices from a building full of materials and samples. We also wanted to wave a flag for printing in the dawning digital age. It was about ten years too early, but that’s another story.

I published a series of prints, ilikeprinting and created a physical advertising channel, Matterbox. This year sees the first edition of a new publication about the nature and culture of objects—CONTAINER—a different take on the concept of a magazine—a collection of conceptual objects, rather than a printed book.

So, my creativity runs on two quite different levels.

On a day-to-day level, I’m a collaborative producer. I help designers and agencies manifest their ideas into real things that can be made (usually involving some element of printing). On a very different level, I’m fascinated by physical communications and their role in a digital age and I create vehicles to explore that idea.

As a producer and collaborator, I’m part of other people’s creative process, rather than my own, though there’s a common theme with everyone. Creativity is essentially the same whether you’re painting a picture or designing a building—it’s a journey from uncertainty to certainty. Ideas are the glint and they sparkle brightest before they’re subjected to tedious process of rationalisation and execution. Unfortunately, it’s not possible to make things that are quite big, in some nice colours and lots of them; execution demands specifics. So, the process is defining the specifics, which is about choices and problem solving. 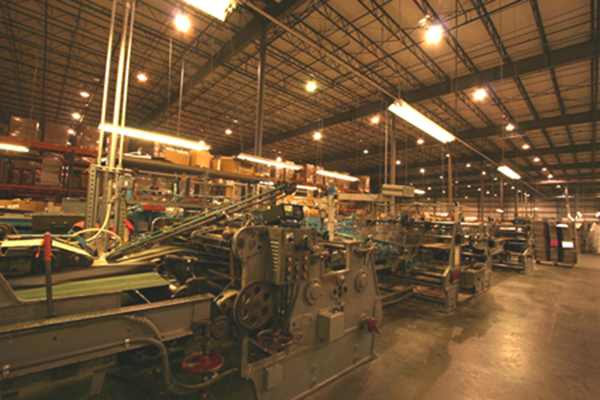 Creativity and development are an anathema to manufacturers, because manufacturers (whether printing or widget-making or construction) only make money when they’re actually making stuff. Anything else is a nuisance. So, much of what I do is about narrowing down the choices into something I can take to a manufacturer and then, within a narrow framework of understanding his/her processes, ask, “What if we did this…?”

If there’s a golden rule it’s this: always start with what you want, and never what you can have.

It’s curious that for the first ten years of my career, we never proofed or prototyped anything, yet, nowadays, projects can take many months to develop and every single option has to be explored and presented and refined and changed. It’s a shame because there’s a very real danger that the initial lustre of an idea can be completely extinguished. Whereas creativity thrives on the designer’s uncertainty—what if?—it can drown in the client’s. 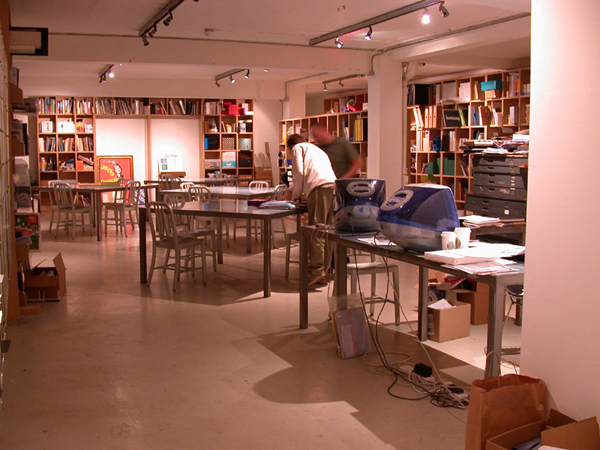 When we had the shop and Library we observed a curious comparison. In the Library, designers would bring their clients in and we’d show them lots of interesting stuff. We’d notice their initial, visceral reaction as their eyes lit up when they held something nice in their hand. We’d then wait a few seconds for all the rationale about why it wouldn’t work—“it’s too big/small/colourful/plain/rough/smooth etc”. 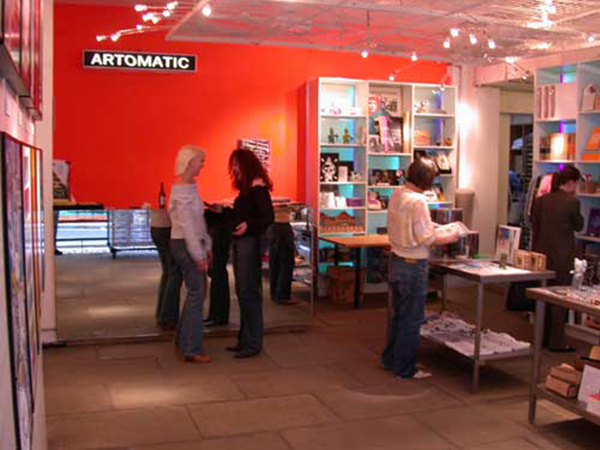 But, in the shop, we saw the same visceral excitement as people picked stuff up and explored it with their hands, but instead of a destructive rationale, they simply went to the till and paid for it. I think Marketing is in real danger of over-thinking their agencies’ work and distancing itself from consumers—who don’t think. 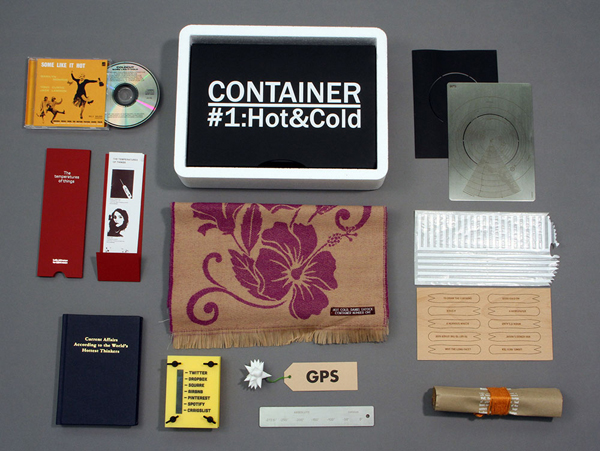 Which sort of brings me to CONTAINER. A magazine-that’s-not-a-magazine-but-a-box-of-objects is quite difficult to understand conceptually and so, there seemed little alternative than to take the risk and make it. More importantly, it’s a chance to collaborate with creative people outside of the commercial value chain—we have nobody else to please.

For the first edition, I asked ten different contributors to each come up with an idea for an object around the theme of Hot & Cold. I gave them very little instruction and no specific restrictions. Rather than the linear value-chain with a client at one end and me at the other, we had a more circular one, with me as both publisher and producer. As publisher, I had the final say-so on the ideas, but this was easy—my criteria was simply, did it excite me. As a producer, I made it easy for them by researching and offering execution possibilities that I knew could be made. 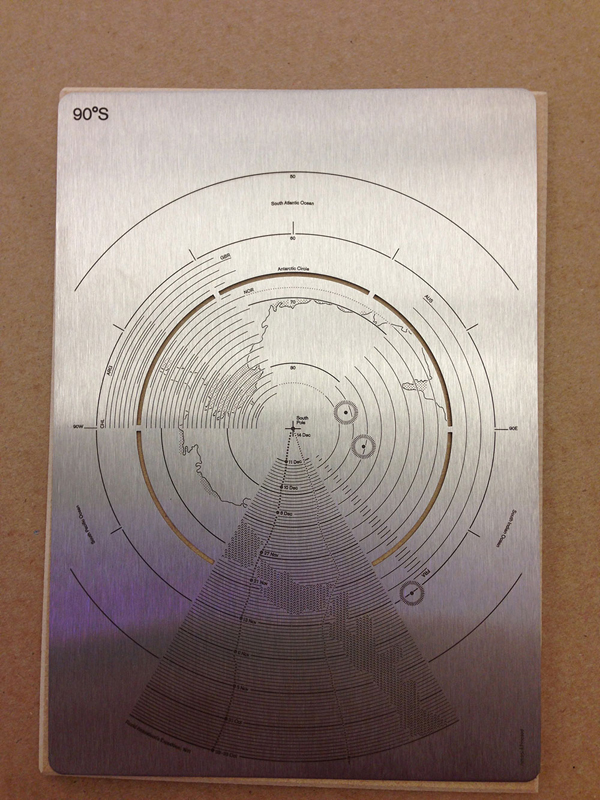 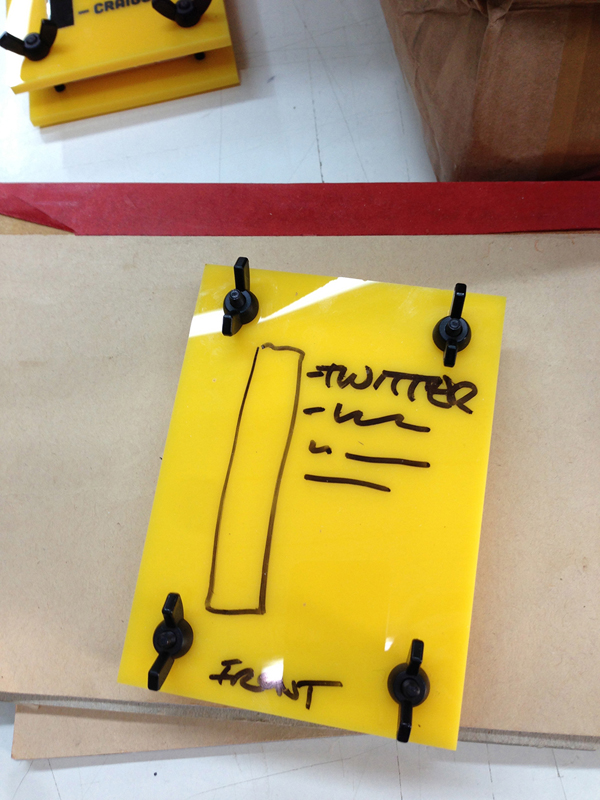 Within this framework, there was actually a lot of variation in each contributor’s individual process. Some were more specific than others about the individual details of their items and on two pieces, in particular, Accept & Proceed’s Poles and John Willshire’s So Hot Right Now, we avoided the drawn-out let’s-see-all-the-possibilities development process and created the items as we went along.

The idea for CONTAINER is to publish it fairly regularly (quarterly eventually), each edition with a different theme and different contributors. It’s about exploring the communicative language of objects, a basic tenet of human communication we are in danger of overlooking in the instant-sharing digital age. The ambition is to bring in an increasingly diverse array of contributors—people like economists, musicians, scientists—people who don’t normally produce objects and see what they come up with. Since all they have to do is come up with an idea, we could have anyone (or any kind of organisation, since it doesn’t have to be individuals—it could even be a religion or a government). It could be very interesting.
Tim Milne – ARTOMATIC

Well, there’s an interesting parallel here. I would also like to invite economists, musicians and scientist to describe their creative process but fear that they might shy away at first. I’m working on it! Thank you Tim for sharing the fascinating journey of your career. I wish you all the best of luck with CONTAINER. No doubt it will be a huge success. The Joy of Watercolours