When it comes to london’ luxury department stores, we, living in the capital, are spoilt for choice. The top four are harvey nichols, harrods, liberty and selfridges. I am a huge fan of liberty, but, for me, the ultimate shopping experience has always been selfridges. Nothing even comes close. Unsurprisingly they were voted the best department store in the world.

Over the past 25 years, i have witnessed many changes within the store. In 2003 selfridges was bought by galen weston and in 2004 alannah weston, his daughter, took over as creative director. Under alannah, there have been many new projects, collaborations, in-store boutiques. What sets selfridges apart is alannah’s undeniable vision of making this shopping mecca relevant and give it purpose. She has been quoted saying that shoppers “want intellectual, cultural and yes, spiritual nourishment. They don’t just want to buy things”.

Selfridges supports artists and creatives and gives them a platform to express themselves. In 2006 they opened the ultralounge exhibition space. It has been used for many different purposes, from art installations to collaborations with oxfam and the prince’s trust. In 2007, there was the opening of the wonder room, which now has been turned into a large unique shop within a shop to complement some of the exhibitions and projects featured throughout the store.

Of course, in 2010 we saw the opening of the world’s largest shoe department with over 5000 shoes from 120 brands, that was three years in the planning.

In 2011, two projects stood out for me. First up was project ocean, bringing awareness to the plight of overfishing. I was fortunate to be invited to a screening of the film the end of the line back in 2009. It had a huge impact on me. I applaud selfridges for getting behind the campaign, putting it firmly on the map and subsequently raising a substantial amount of money for the zoological society of london to create new, and maintain existing, marine reserves around the world. Donation is still open!

The second project was the 4rth exhibition of the eclectic museum of everything. For those new to the museum of everything, their strap line reads: london’s first ever space for artists and creators living outside our modern society. It’s also referred to as outsider art. After the huge success of the first three shows and the one in selfridges, they are now opening an exhibition in new york city on the 19th january 2012. Guess they will have to change their strap line. 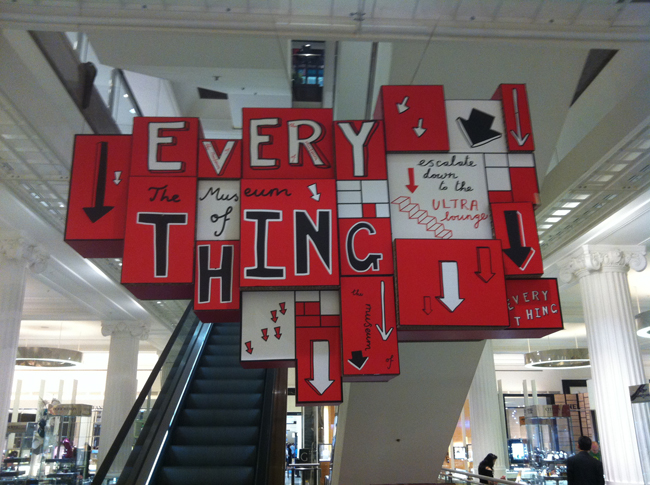 The latest store-wide project is called: words words words, a celebration of the power of the written word. The lovely people from it’s nice that have been chosen for this latest endeavour. The wonder room is selling accompanying books and products. I can’t wait to visit the 3,500 square-foot pop-up library in the ultralounge. 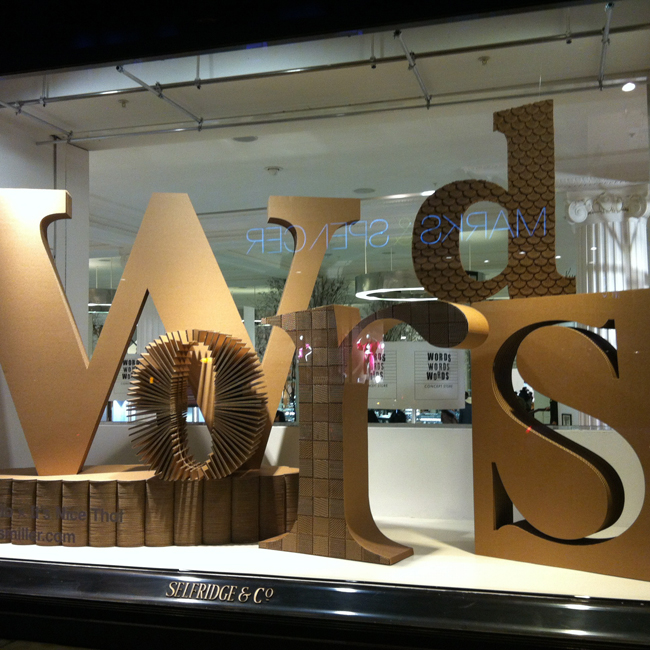 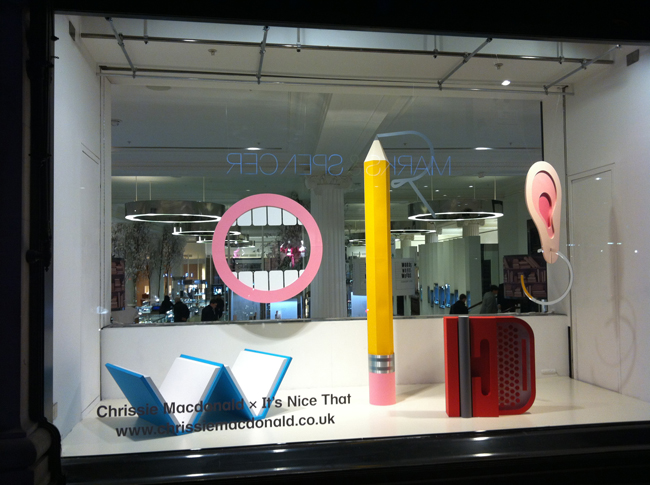 I leave you with some pictures i took when selfridges celebrated it’s centenary festivities back in 2009 and decorated their 26 shop windows with commemorative designs from past decades. The last two are from the accompanying exhibition held in the ultralounge. 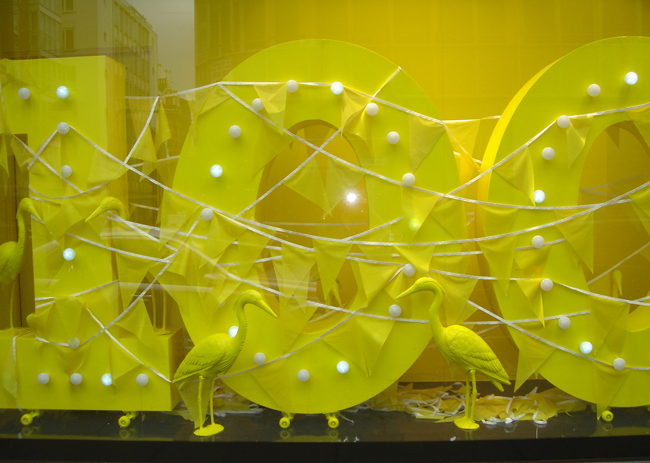 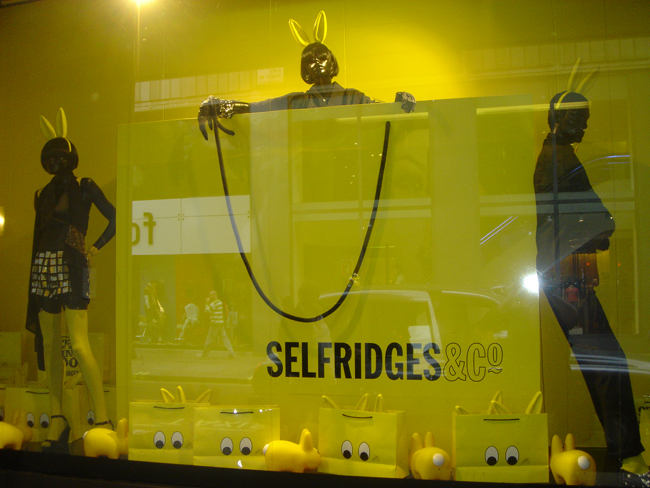 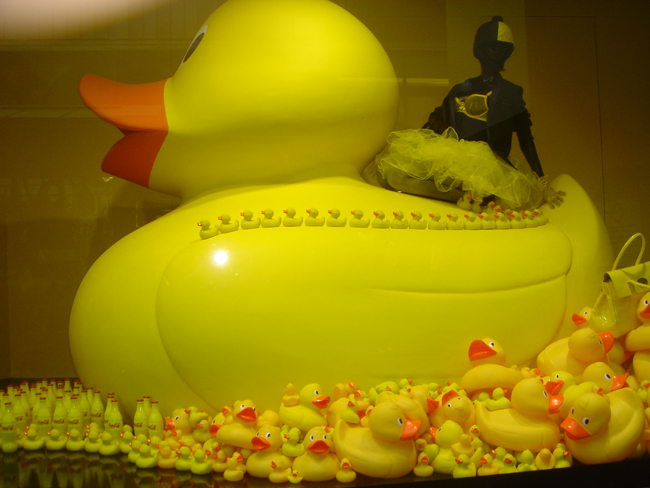 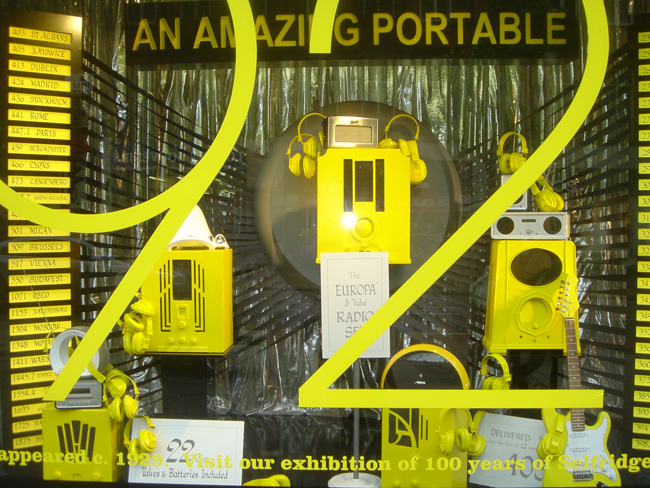 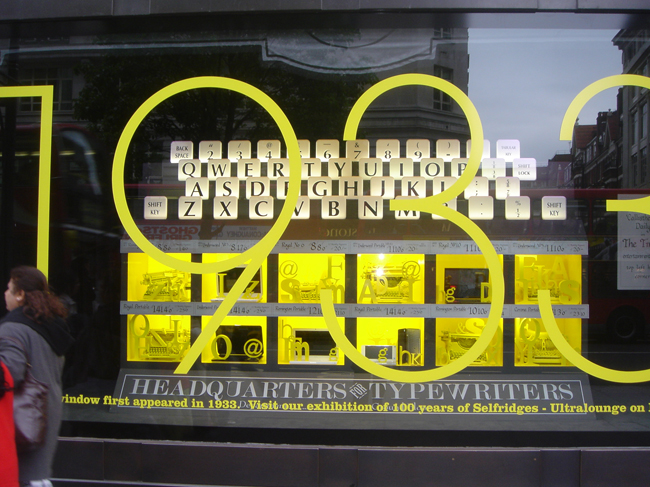 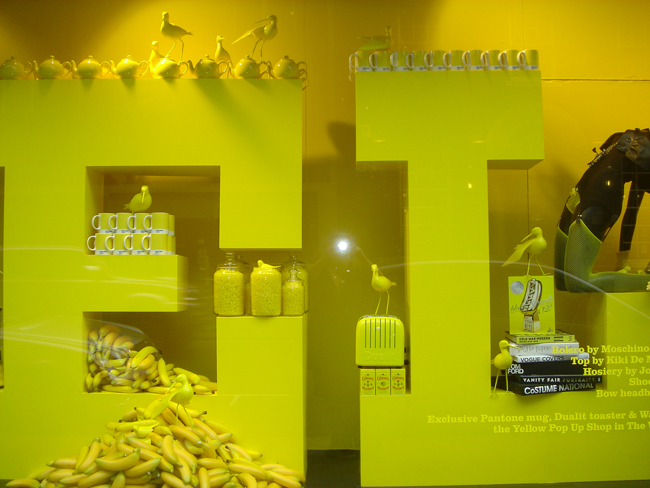 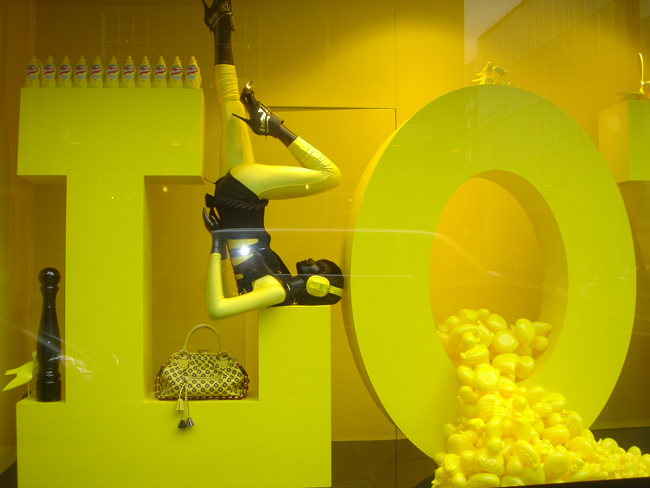 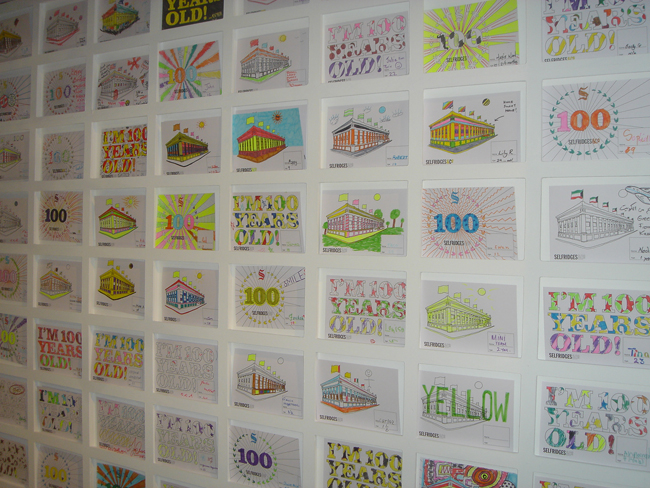 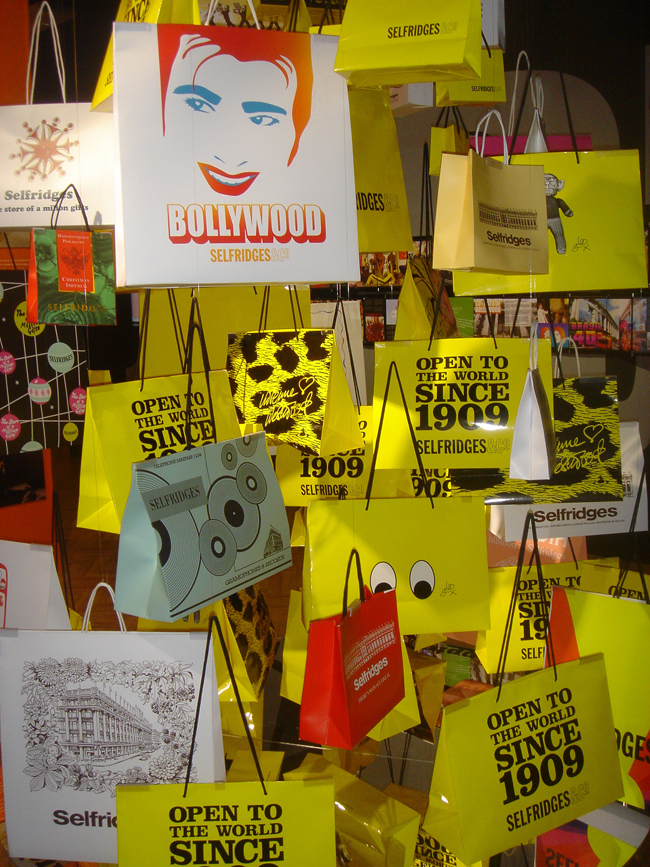 the joy of the boby trolley