When I saw über cool crafts mecca The New Craftsmen announce a cultural walking tour, it took me exactly 2 minutes to book a place on it. Why you may ask. Well, first of all it was run by Fox & Squirrel who specialise in guided London walks for the culturally curious. Secondly a walking tour entitled ‘Ways of Seeing’ which highlights diverse ways of exploring your locality through a craftsman’s perspective just made me instantly press the pay button. Thirdly, I’m a big fan of The New Craftsmen as you can see from my blog post.

Here’s a bit of background. The New Craftsmen have been working for the last year with seven of their star makers to develop Made of Mayfair, a project which culminates in a six weeks showcase of work by Aimee Betts, Billy Lloyd, Catarina Riccabona, Katherine May, Mr Smith, Pedro da Costa Felgueiras & Rosalind Wyatt.

Last year all makers went on a Mayfair cultural walking tour with Fox & Squirrel and subsequently created a new body of work in direct response to the local environment, drawing on the history, architecture & artisan traditions that have contributed to Mayfair’s rich history.

During London Craft Week The New Craftsmen were hosting a series of events, cultural walks & workshops to introduce the ‘Made of Mayfair’ concept.

The tour was led by Penelope Sacorafou, co-founder and MD of Fox & Squirrel. 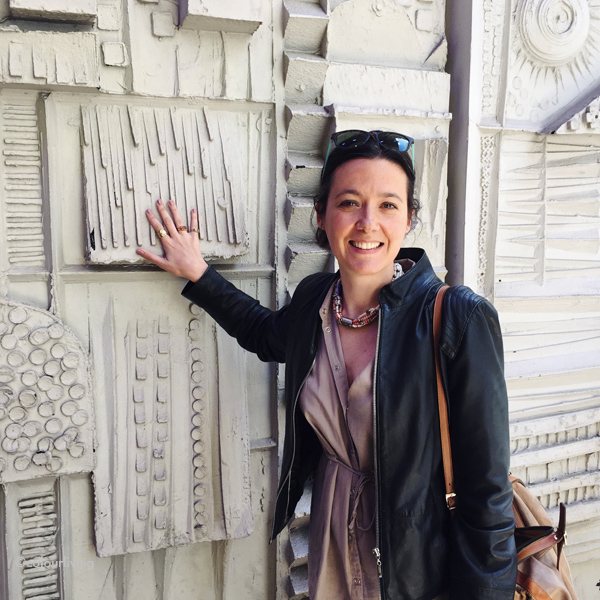 We met, a group of twelve, outside the Cavendish Hotel in Duke Street. We were given Muji notebooks and a pen and our first task was set. The main aim was to capture (preferably by mark making) any details and nuances we saw that aided as a source of creativity to the above makers. How? By looking up, looking down and trying to observe the ‘unusual’.

One of the exercises was to hone into a detail of this William Mitchell panel made in 1964. You can see what I chose here below. 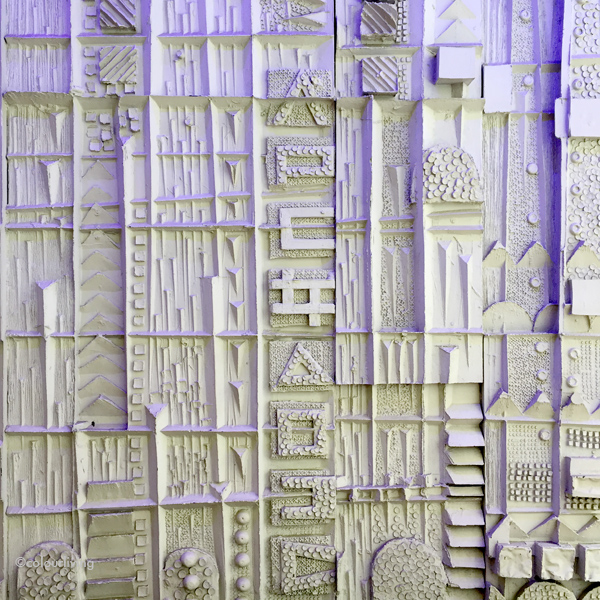 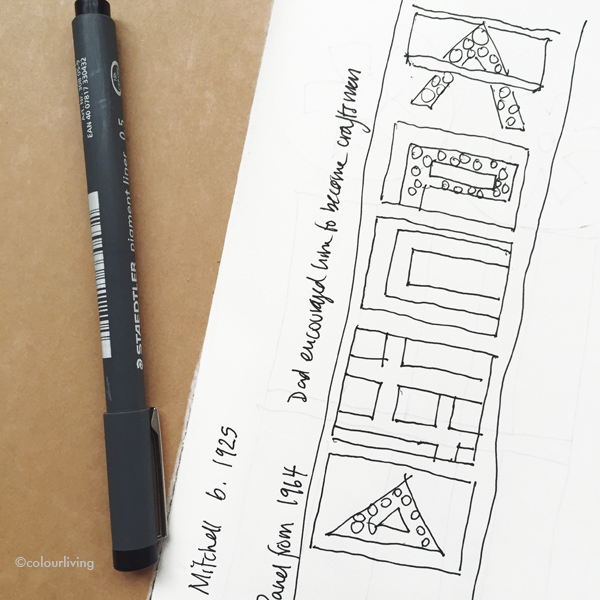 My fascination in that part of Mayfair lay with the ground. The stone, pavement and man hole covers. I also was fsacinated by the designs in cast iron. No doubt some of these will appear in some future sketches of mine. 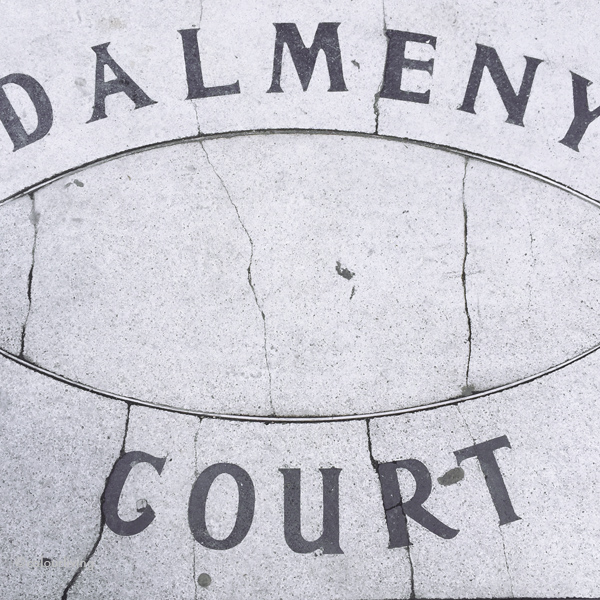 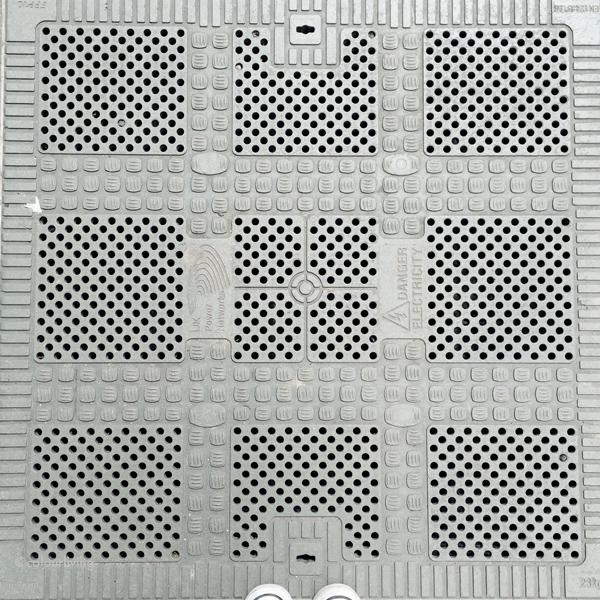 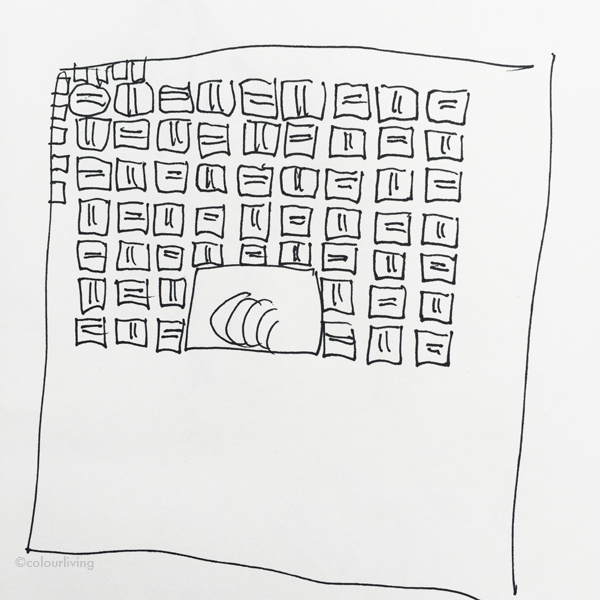 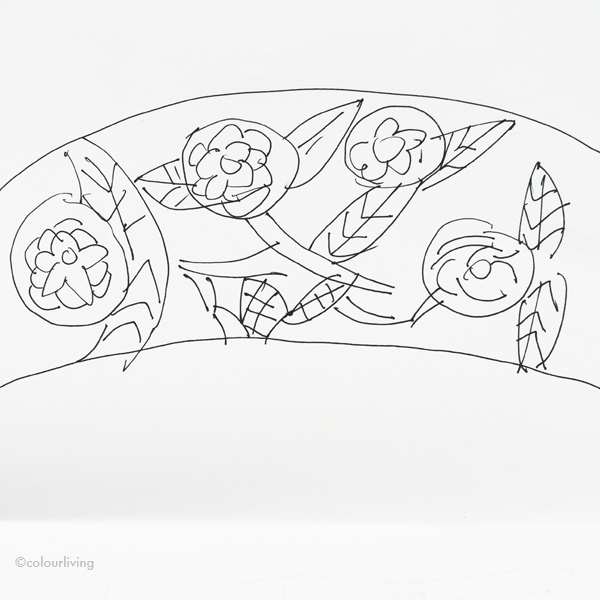 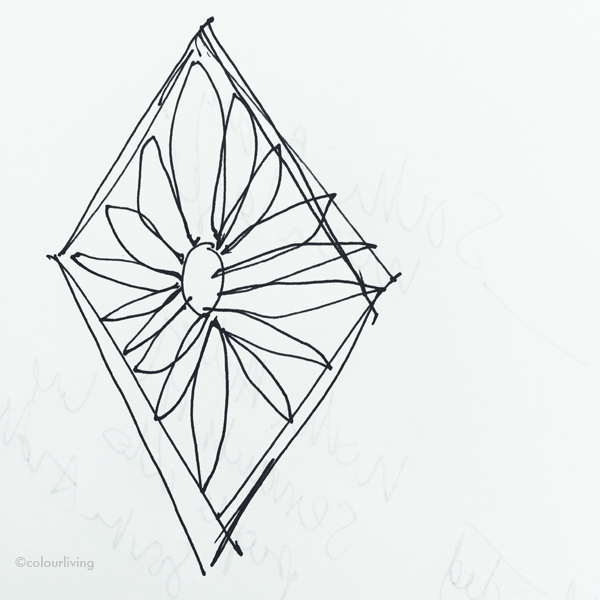 We stopped at St.James’s Church in Piccadily to meet talented hand-weaver Catarina Riccabona. 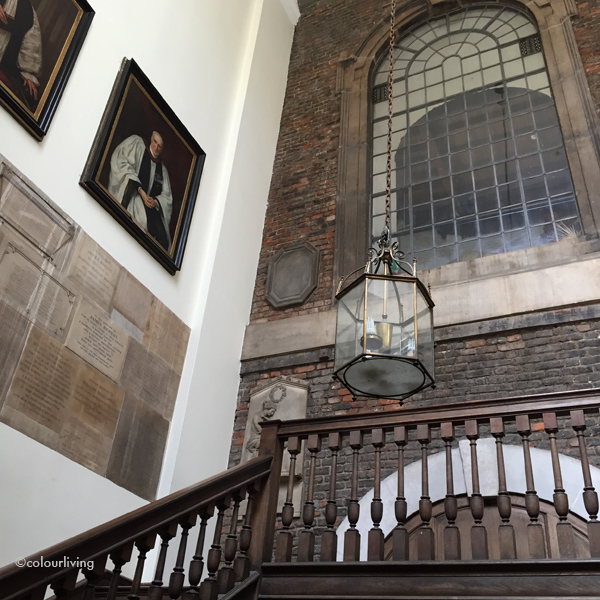 Catarina was installed there for 2 days during London Craft Week to develop a series of samples which take direct inspiration from the magnificent woodcarvings of Grinling Gibbons. 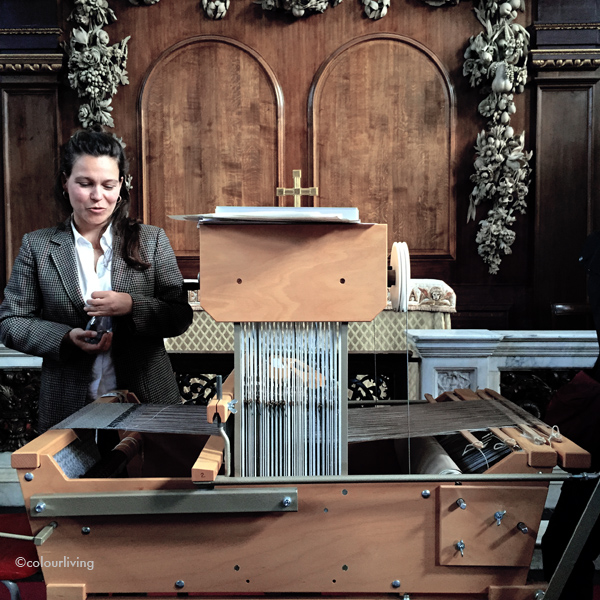 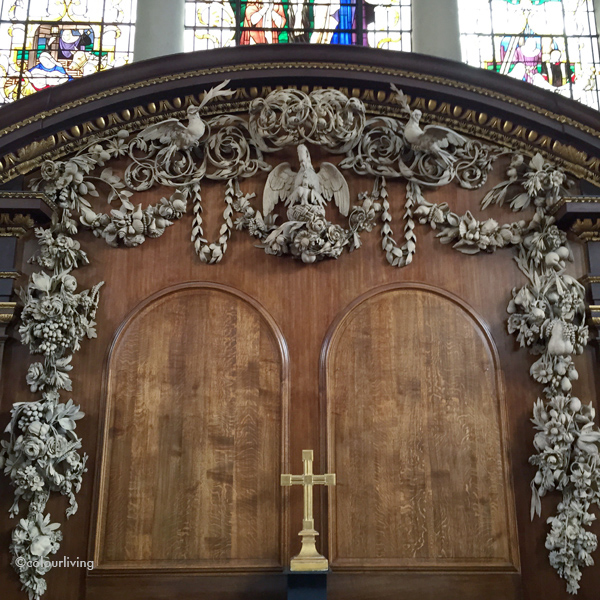 She explained how normally she does not pre-design on graph paper but actually starts weaving straight away. 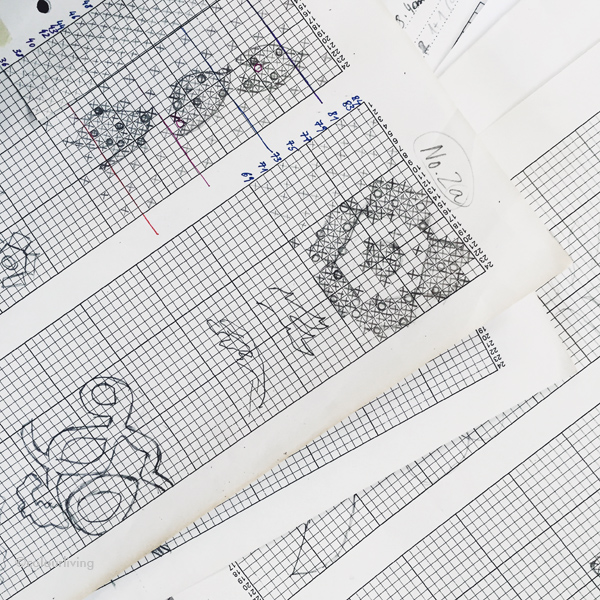 Here’s part of her piece on the loom. Beautiful and delicate. 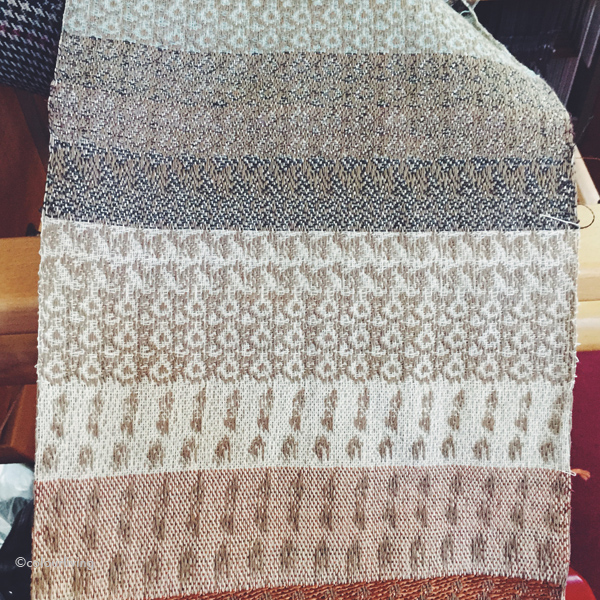 We made numerous stops along the route where Penelope shared her vast knowledge. 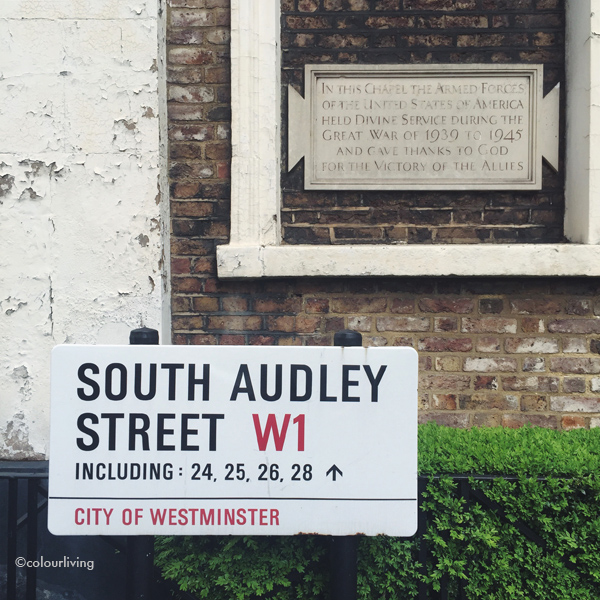 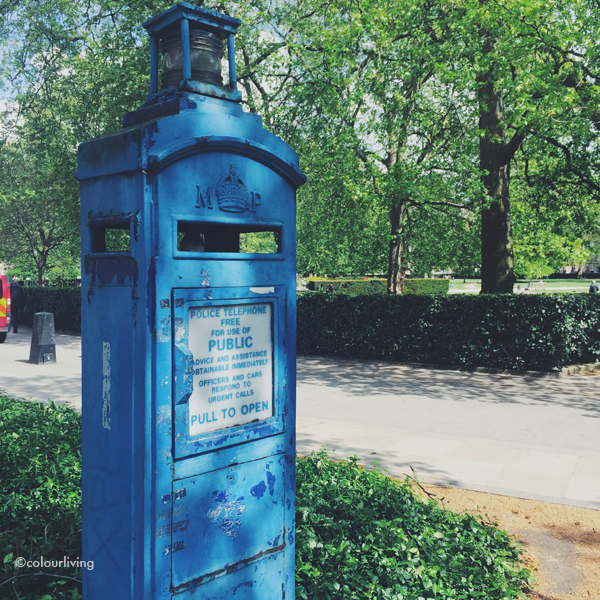 Our final destination was The New Craftsmen where we had the pleasure to meet Mr Smith, a polymath – a craftsman, designer, typographer, printmaker, wordsmith & maker. This below was his finished piece for the Made for Mayfair project, which resulted in some wonderful prints. 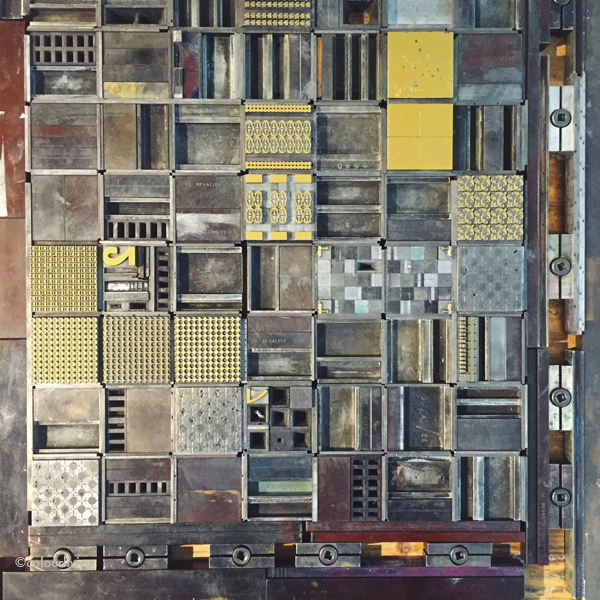 He also designed, set & printed a series of beautiful typographic maps that unveil the inspiration & document the journey of the makers through their Mayfair journey. 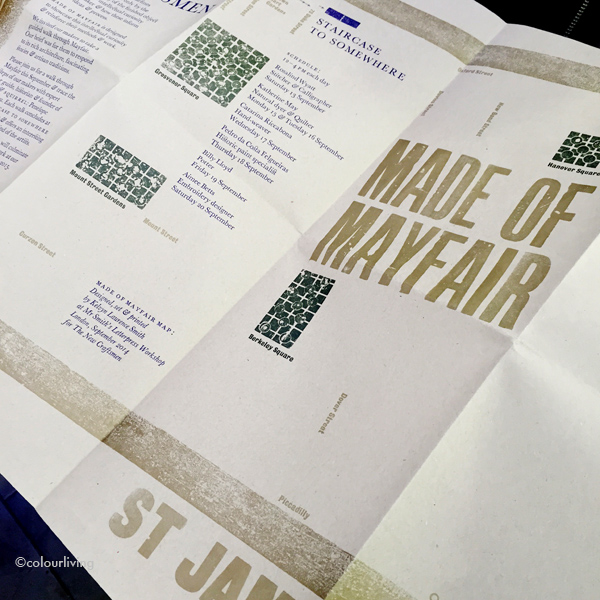 This here is a prototype for some wallpaper Kelvin designed. I do hope it goes into production. I just LOVED it! 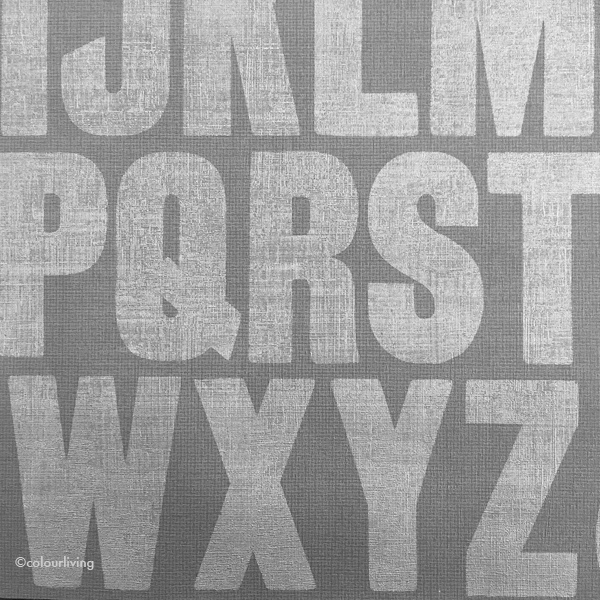 I thoroughly enjoyed the few hours. Penelope is charming, knowledgeable and very approachable. It was nice to meet a group of interested and curious people from various walks of life and as ever thank you to The New Craftsmen for organising such a great event and pulling off a stunning year long project.

This post will stay live until Monday 18th May. Have a good weekend.