Sheila Bownas – A Life in Pattern 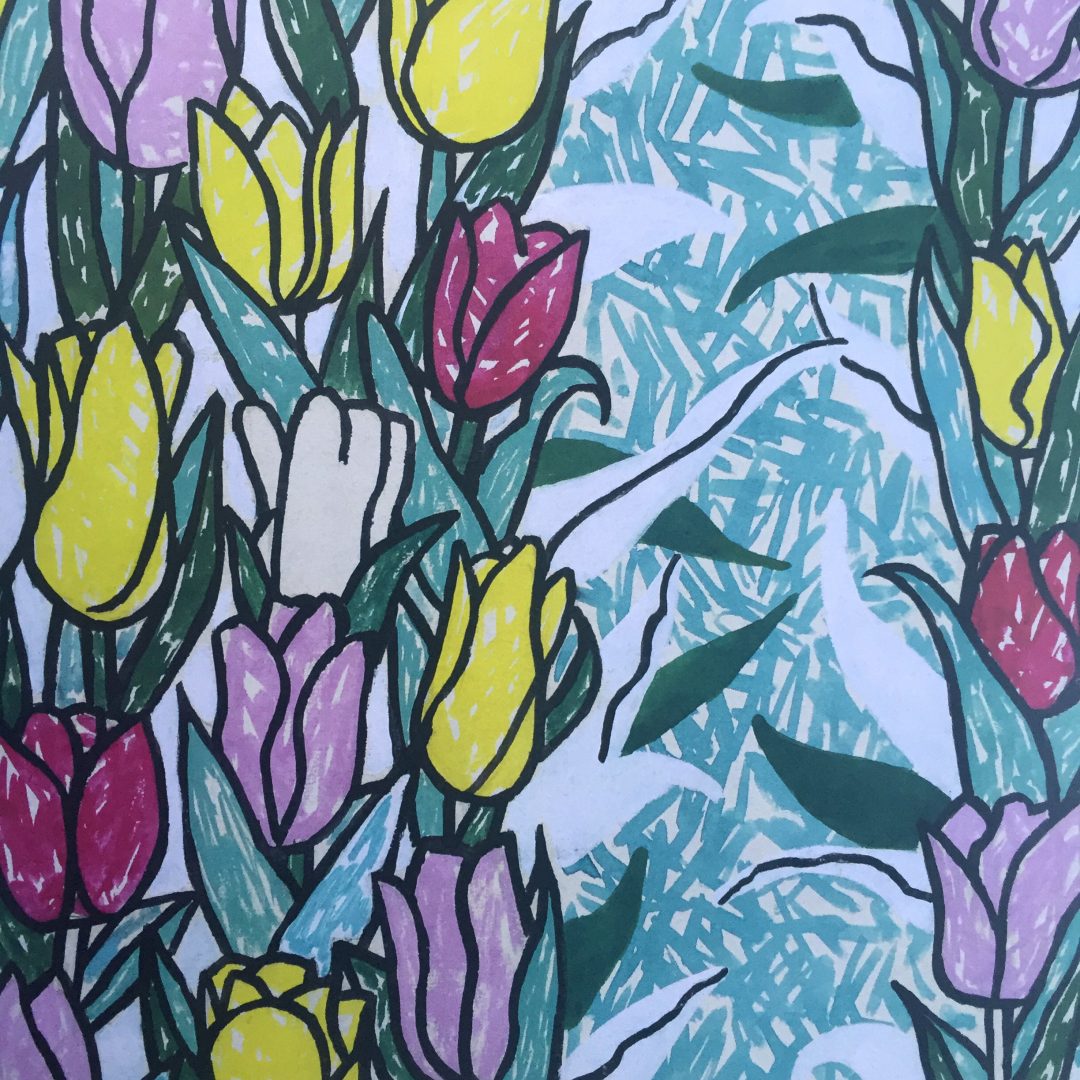 Today I’m extremely excited to introduce you to both Chelsea Cefai and Sheila Bownas. Let me explain.

I first stumbled across Chelsea Cefai on Instagram. In 2008 Chelsea came across the pattern designs of artist Sheila Bownas at an auction. She bought the whole archive of more than 200 works. Sheila Bownas died in 2007, that’s when her entire work was discovered in a studio in Yorkshire and put up for auction. An accomplished painter, Sheila also designed surface pattern textiles and wallpapers for established manufacturers. The curious thing is that Sheila Bownas remained unknown, despite her clear success. Her work was never named and thus, despite having sold her designs to high street shops, most of us would have not heard of her.

Chelsea has dedicated the last seven years to bringing back to life Sheila Bownas’ patterns through various collaborations and reproductions. The biggest achievement is the current exhibition ‘Sheila Bownas A Life in Pattern’ at Rugby Art Gallery and Museum.

I’m fascinated and rather curious about this whole story and so I caught up with Chelsea to find out more. Thank you Chelsea! 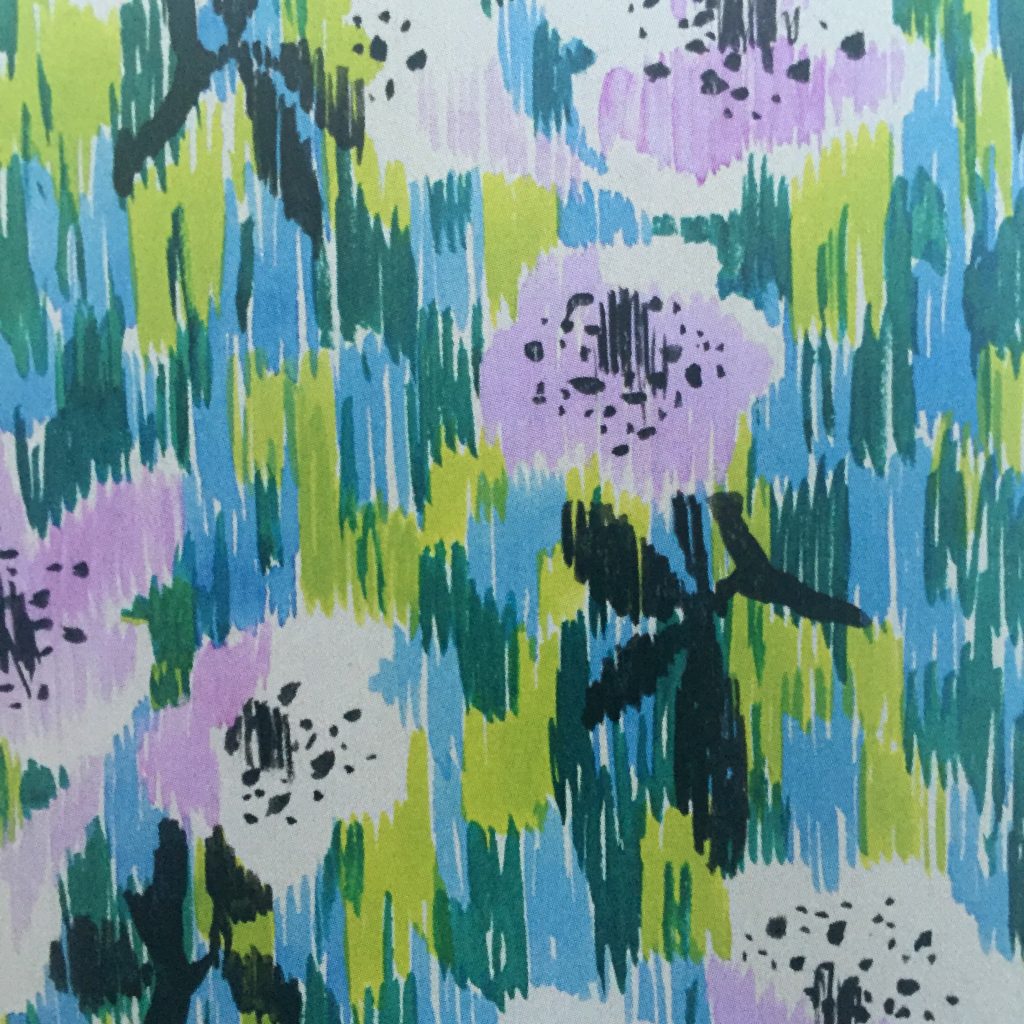 Where did you grow up and what was your childhood like? I grew up in the market town of Rugby in Warwickshire. I had a really happy childhood and loved school. I was the youngest of three girls raised solely by my dad. He was a real character, quite different from my friends parents, a bit folky, always had a beard and wore clogs with odd socks. Music was a big part of growing up and any track by Bob Dylan, Linda Ronstadt or The Strawbs takes me straight back to those happy, care-free days. 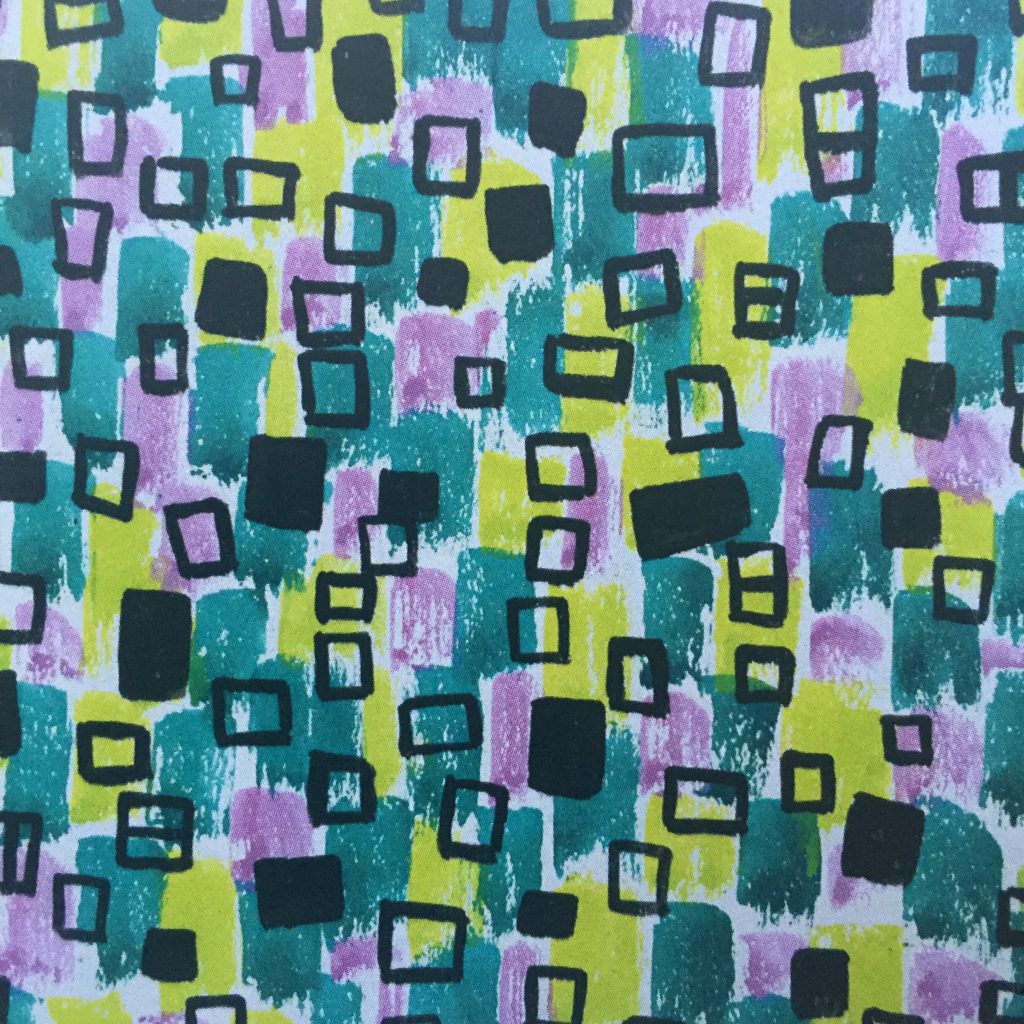 Where does your interest in design come from? After leaving school, I studied art and then photography. I have always been interested in creative subjects and I began to focus on interior decoration when we bought our first house 20 years ago. A beautiful, little Victorian terraced property that hadn’t been touched since before the war, it felt like a museum and the wallpapers were all hand printed. Very slowly we restored and redecorated each room, giving careful thought to the design and overall style. I tried to do things sympathetically, considering past and future use, keeping as much of the original features as possible.

From that point I became very interested in the evolving styles which signify different periods, in particular the post war era which was a time of great vision and enthusiasm for new modern design, when the use of pattern and colour felt braver and more daring than ever before. 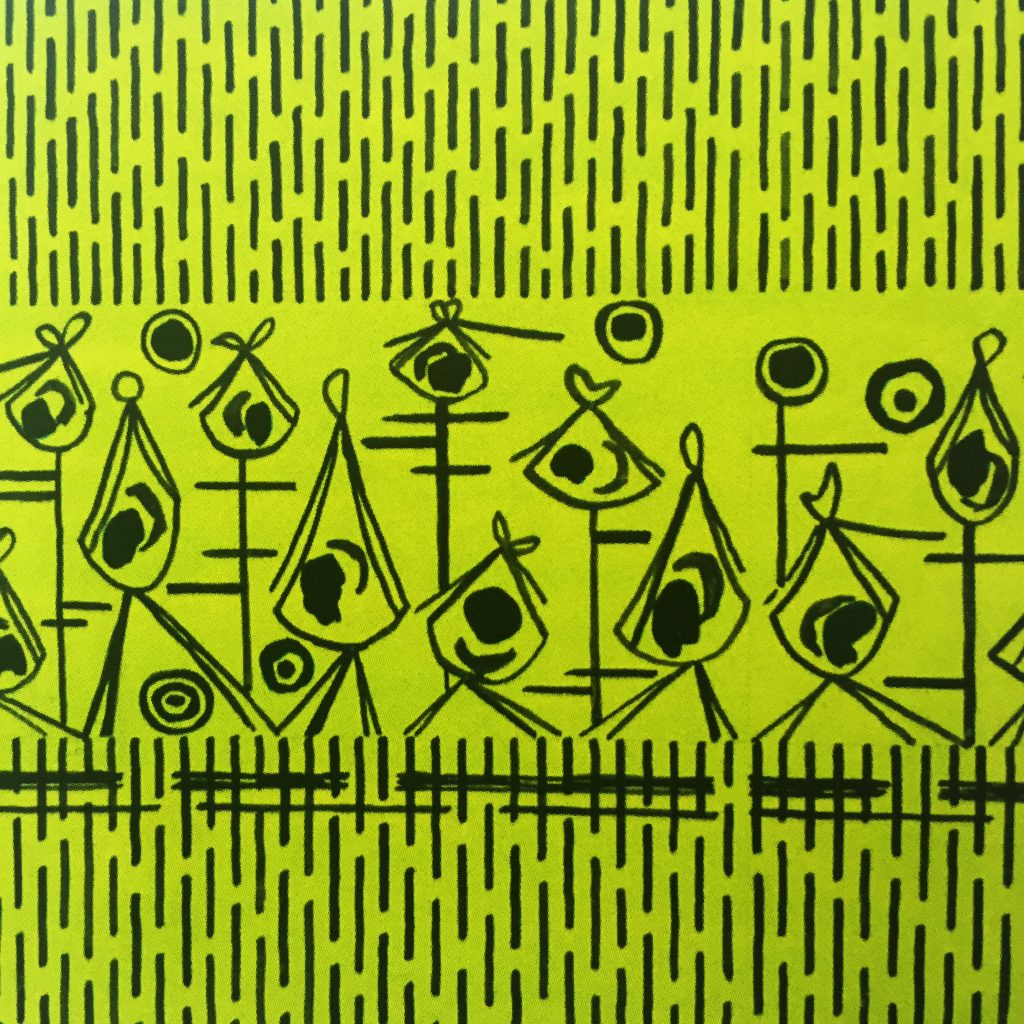 Where and how did you first discover Sheila Bownas’ designs?

We had just finished renovating the ground floor of our third home and I was looking for some mid 20th century art to hang on the walls. Late one night, whilst searching through pages of a well-known auction site, I came across three, very vivid and bold hand painted abstract designs. I asked the seller, an antique dealer from Lancashire, if he had anymore and he said he had just over 200! I felt a sudden rush of excitement and panic, I wanted to see more but I was also worried about them being sold off seperatly. I knew I had found something really special and I just had to save them! We struck a deal and that was that, a complete treasure trove of artwork by an unknown artist fell into my hands. 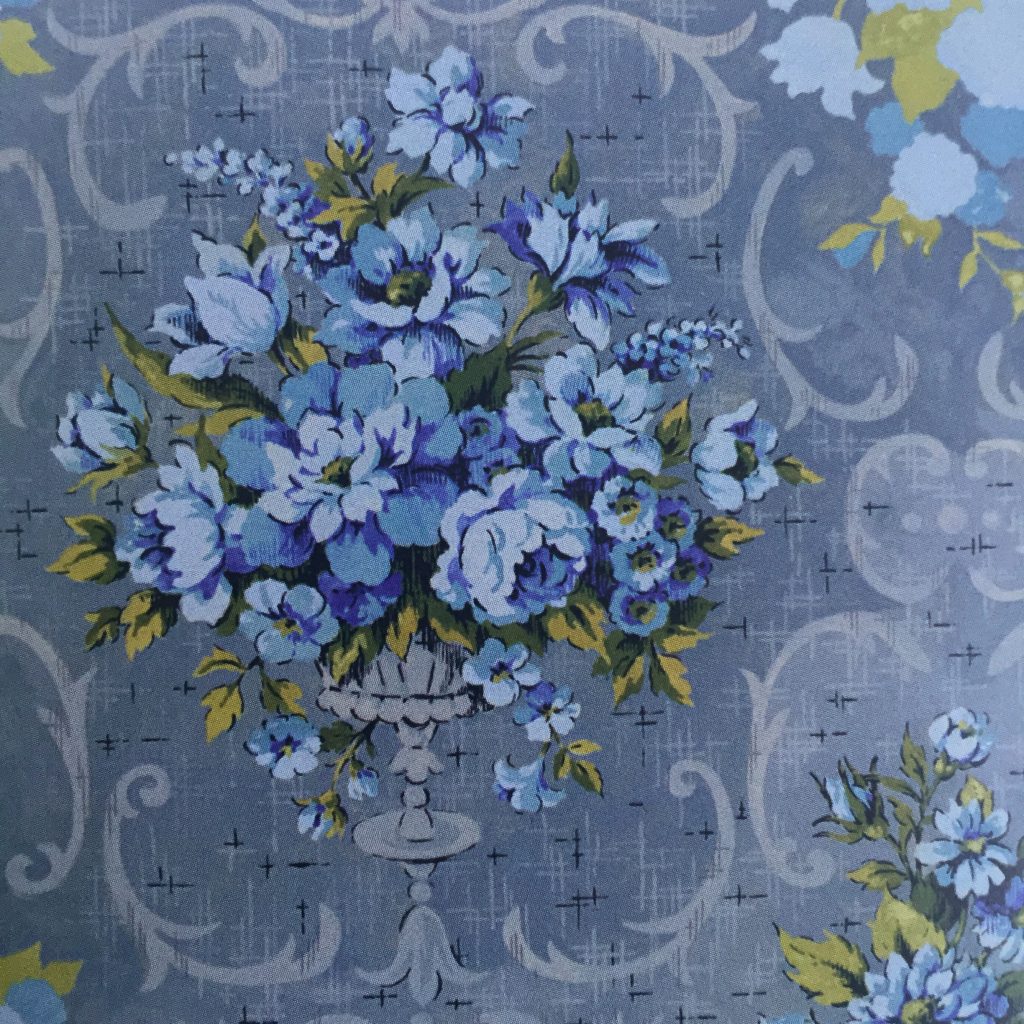 Once you obtained the archives, was there a masterplan? Many people would be frightened to take on such a mammoth task.

There was no masterplan, just a genuine passion and eagerness to firstly protect the collection and secondly, to find out more about the artist behind them. I didn’t rush into anything, during the first year of owning the work I simply enjoyed looking through the patterns and chose a few to hang on my walls as originally intended. However questions remained unanswered in my mind: how could an artist with such prolific talent remain completely unknown to the design world? Why wasn’t Sheila’s work listed in any books? Why were there no responses to a search on the internet? Sheila Bownas was completely unheard of and I began to want to change that. 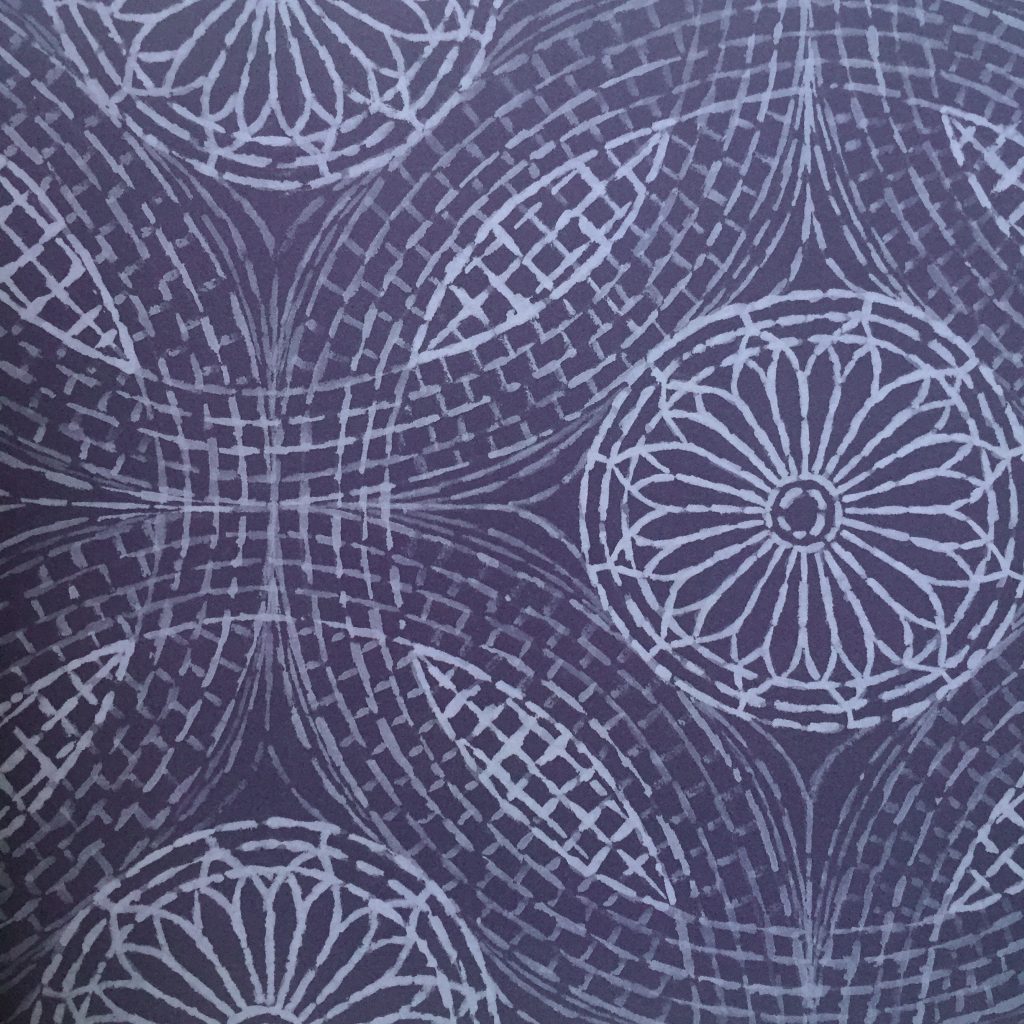 How did you decide on where to hold the first ever Sheila Bownas exhibition and what can we expect?

Despite trying to find a suitable venue in Yorkshire where Sheila is from I made an easy and heartfelt decision to channel my ideas for the exhibition to be held at Rugby Art Gallery & Museum. I worked at the gallery for many years and I know the curator and all the team very well. Since purchasing the archive in 2008, they’ve been closely connected with my research and development of Sheila’s story. The relationship with the staff at Rugby has enabled me to curate the best exhibition I could possibly put together. For a market town, visitors are always amazed by the sheer size and layout of the gallery space.

The exhibition features early paintings, textile designs spanning three decades, and photographs, private letters and research catalogues on loan from the Bownas family. The exhibition also includes a series of intricate botanical studies, which Sheila produced for the National History Museum in 1962.

The highlight and centre piece of the show is a ‘to scale’ living room set showcasing wallpaper, furniture, textiles, lighting and ceramics which I have developed with UK artisans, featuring Sheila’s distinctive designs.

Rugby Art Gallery and Museum is centrally located in Warwickshire with easy access to the major Midlands road networks as well as a Virgin high-speed train service from London Euston to Rugby in 50 minutes. It’s also FREE admission! 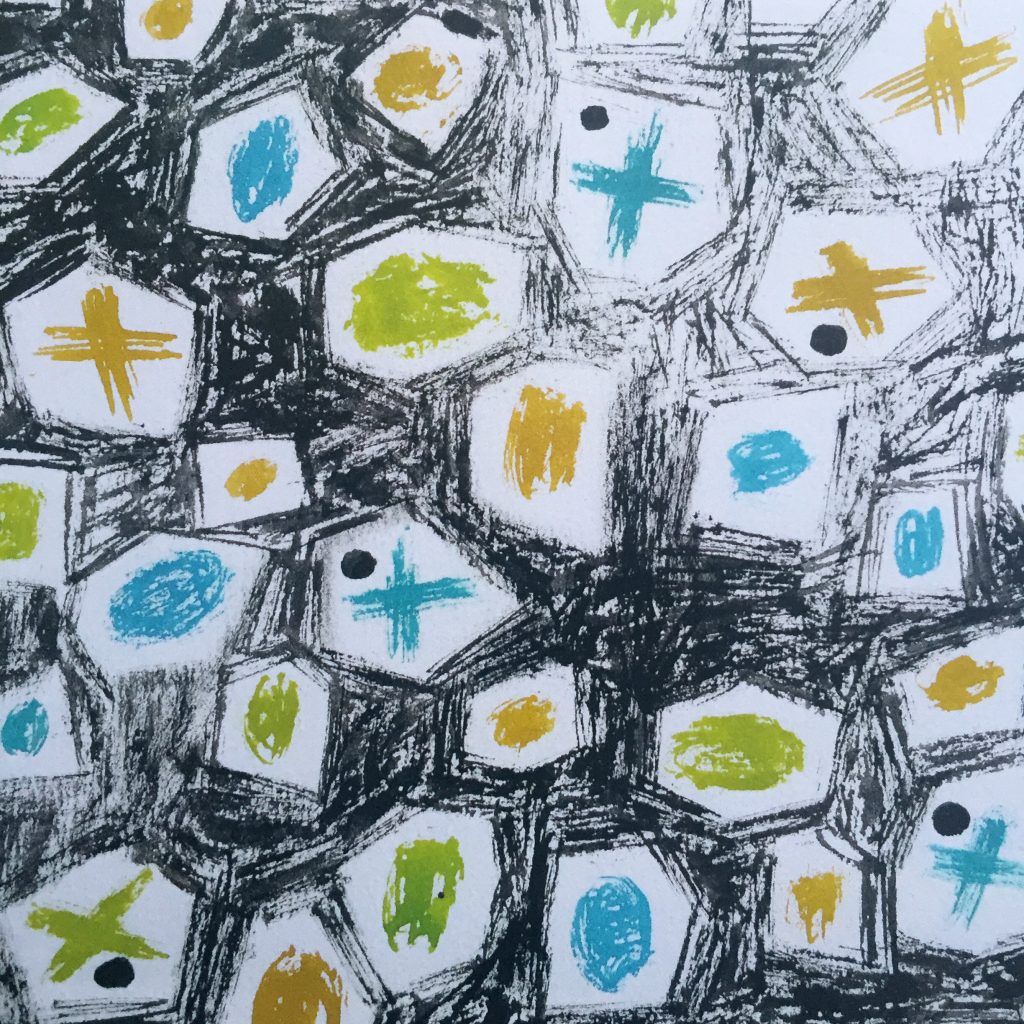 What’s next? Any future plans?

As to the future developments of the archive- who knows! Managing it and working with Sheila’s legacy has become a labour of love and I have become protective of each and every design. I see myself as a guardian for its future, ensuring she does not get lost again.

One thought that keeps cropping up is, who do I leave it to? I doubt my children will want to take it on, so maybe it’s time to start thinking which museum or gallery would continue to care for it like I have. 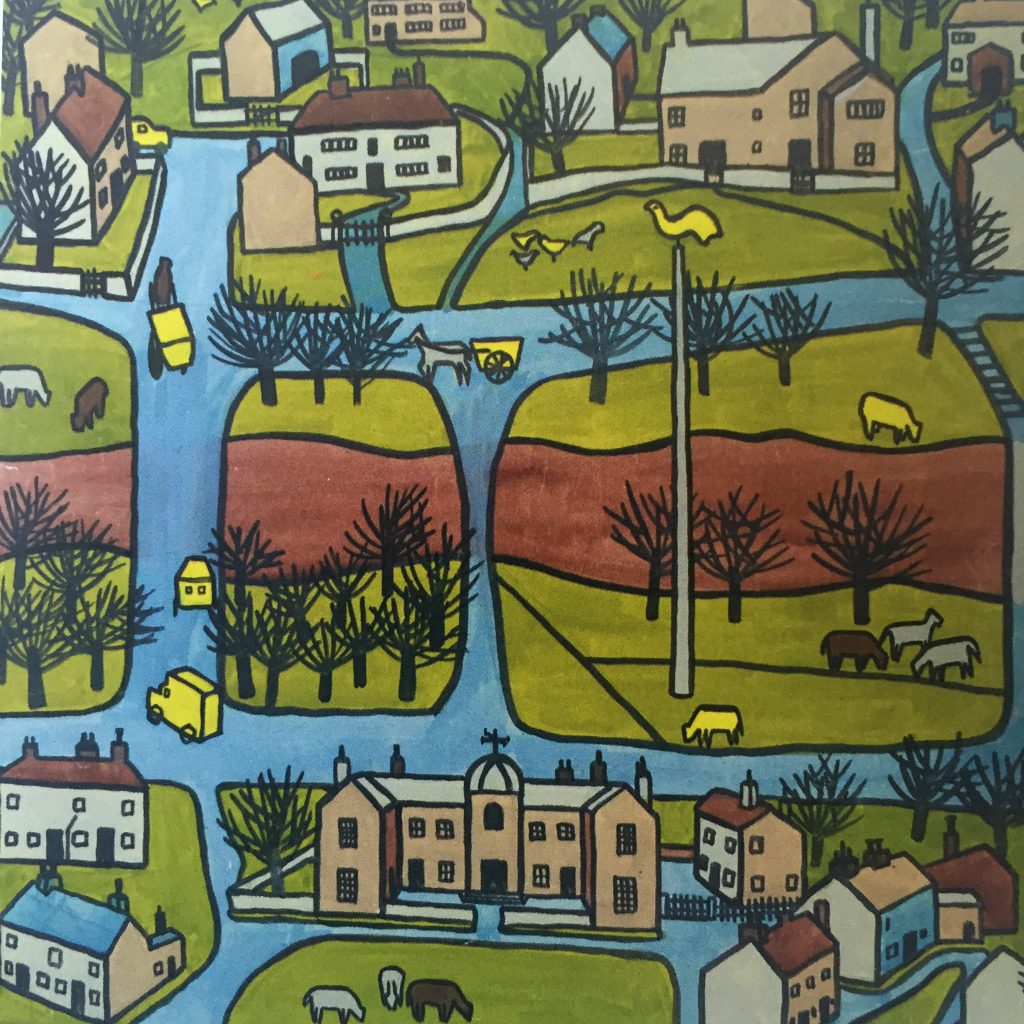 Chelsea was so kind to sent me the exquisite exhibition catalogue which you can order here. Each catalogue includes an A5, Sheila Bownas print as you can see here below. 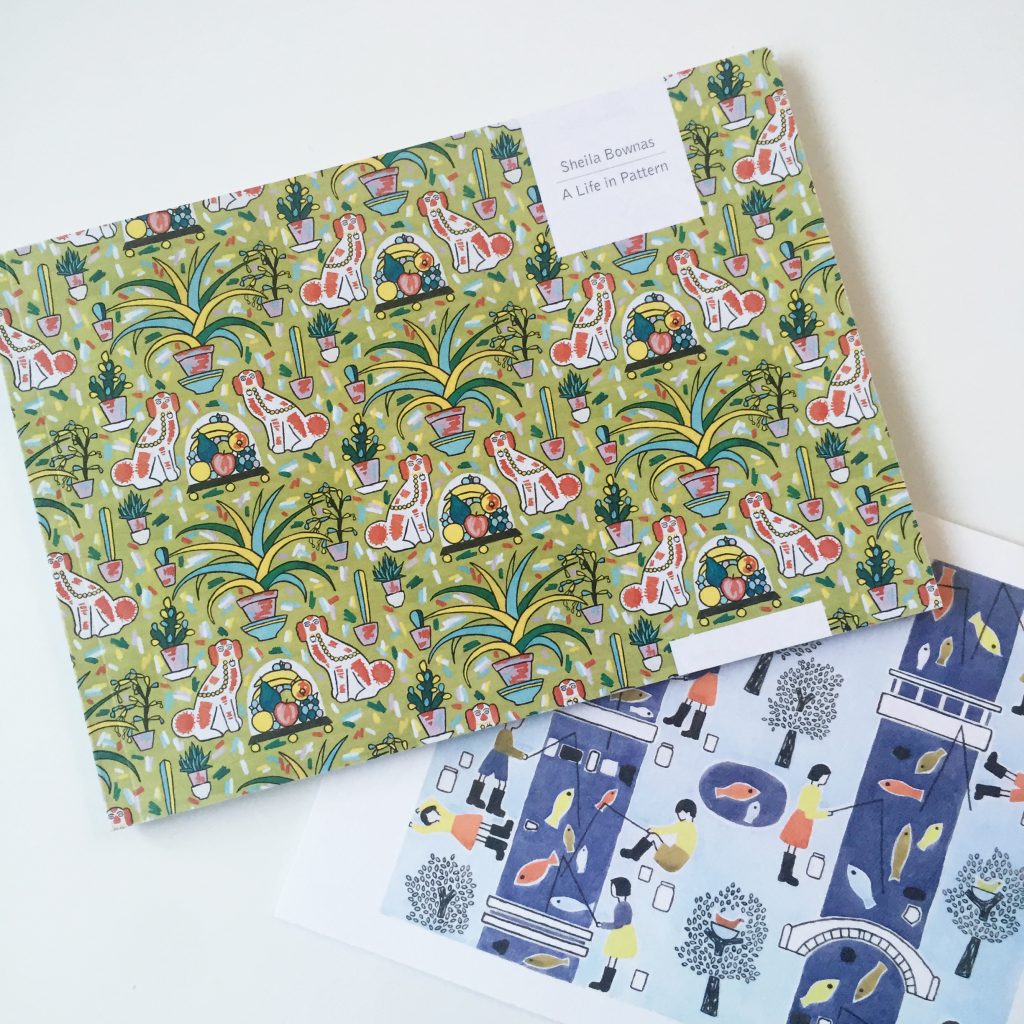 All photography taken by Tina Bernstein from the catalogue / © Sheila Bownas

Why not listen to Chelsea talk about Sheila Bownas and the exhibition on Radio Four Woman’s Hour.
Follow Chelsea’s Instagram which has a great mix of Sheila Bownas prints and her own life, full of wonderful design. Chelsea has an exquisite eye!

The exhibition closes this Saturday 3rd September. I hope that some of you can still make it. I also hope that the exhibition will travel and maybe even come to London. I definitely think it would be very successful here. Any ideas or contacts, do get in touch with Chelsea.