Hello, My Name is Paul Smith I couldn’t quite contain my excitement on Tuesday when I knew I would finally visit the exhibition I’ve been waiting for all year. Hello, my name is Paul Smith has not long opened at the Design Museum in London.

Where to begin? Well, let’s begin with my own crush on Paul Smith. There are only a couple of designers that have influenced me on a deep level. Paul Smith being one of them, the other one is Missoni.

What makes a great exhibition? For me it’s the curating, the design of the space, the content and the attention to detail. This here excels in every single area. I decided to capture and give a little taste of this incredible Tour de Force for those of you too far to travel to London. For the rest of you, don’t wait, run to the Design Museum. It will fill you with enthusiasm and inspiration. If you need cheering up, if you want to see how someone started with virtually nothing, if colour is your passion, if collecting stuff is your thing or if, like Paul himself, you are simply curious, your desires will be met in bucket loads.

Meet Sir Paul Smith. This photograph below epitomises everything I love about the man. Young at heart, playful, witty, eccentric, bonkers, curious and oh so talented. 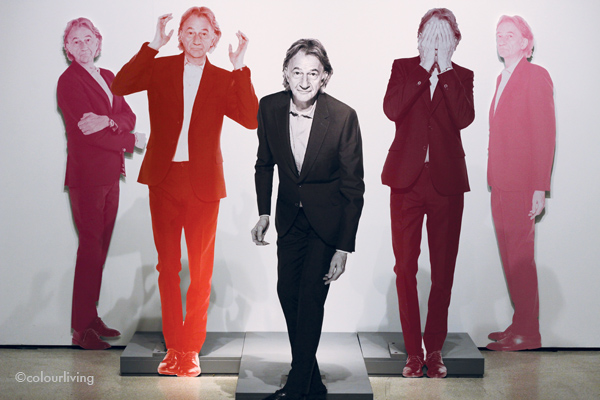 Paul has been collecting paintings and prints since he was 15. The sheer creativity in this room was enough to make me go weak at the knees. 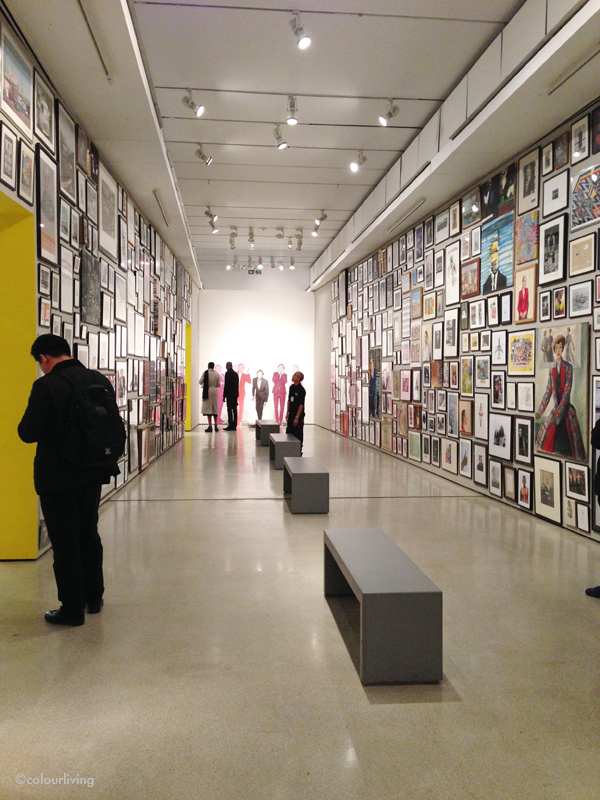 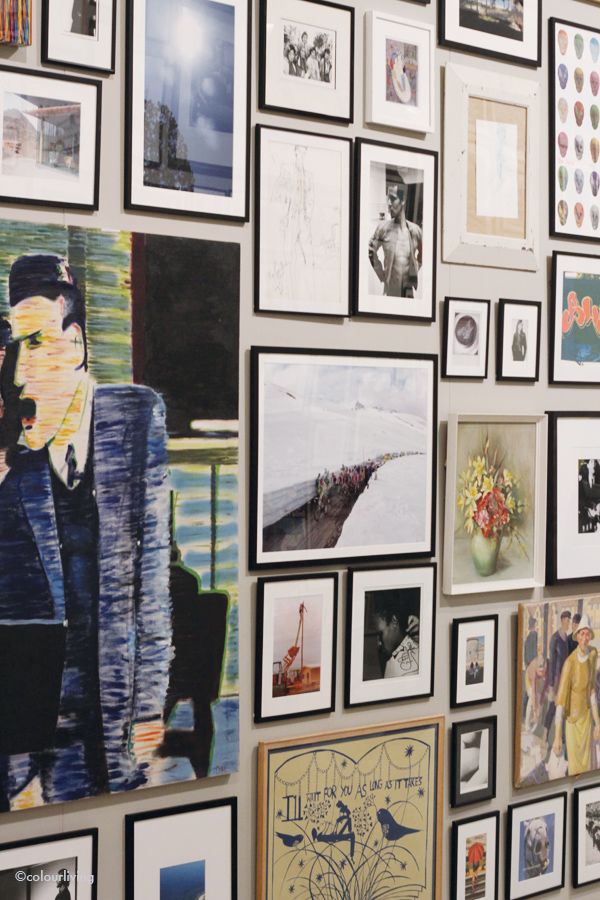 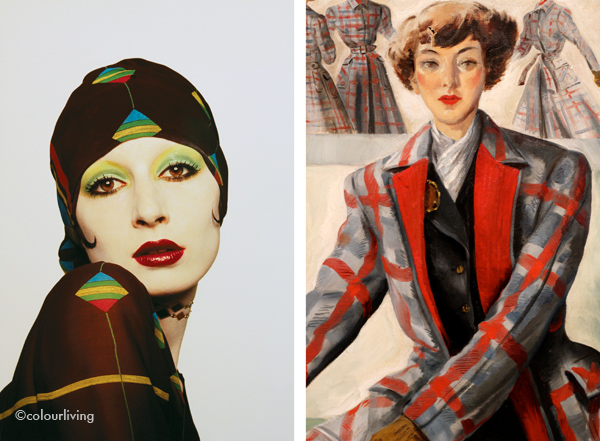 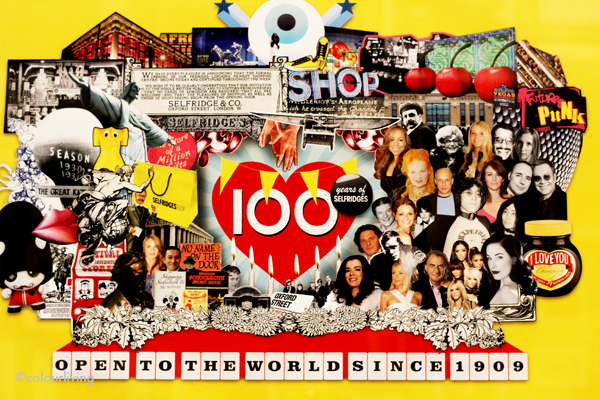 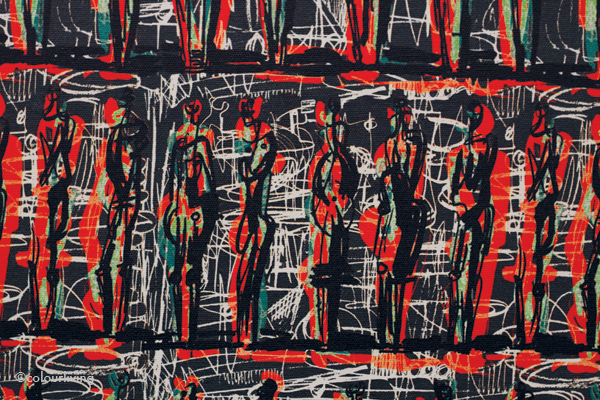 There’s a whole room on Collaborations undertaken by Paul Smith. Who can ever forget one of the first ones, this famous Mini back in 1998? 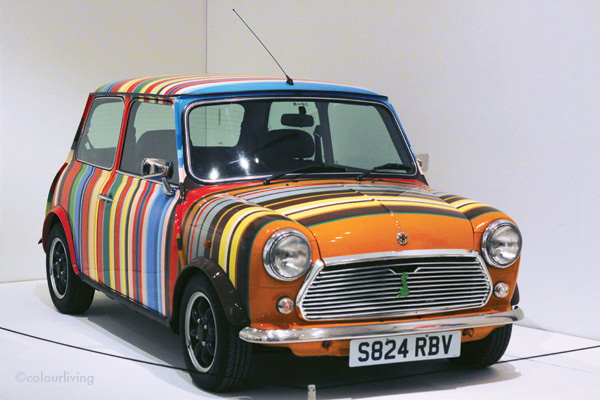 I remember this interactive Rubbish Bin, commissioned for the Super Contemporary exhibition in 2009. On the right, Le Grand Depart jersey 2007, the first in a series of on-going collaborations between Rapha and Paul Smith. 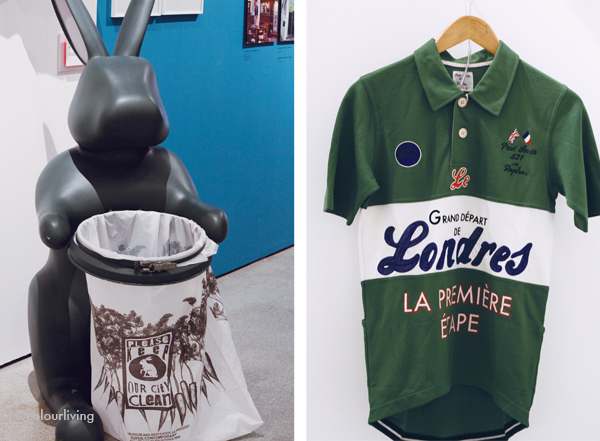 Always innovating, Paul was one of the first fashion designers to join the Designer Collection for The Rug Company. He designed this rug in 2009. 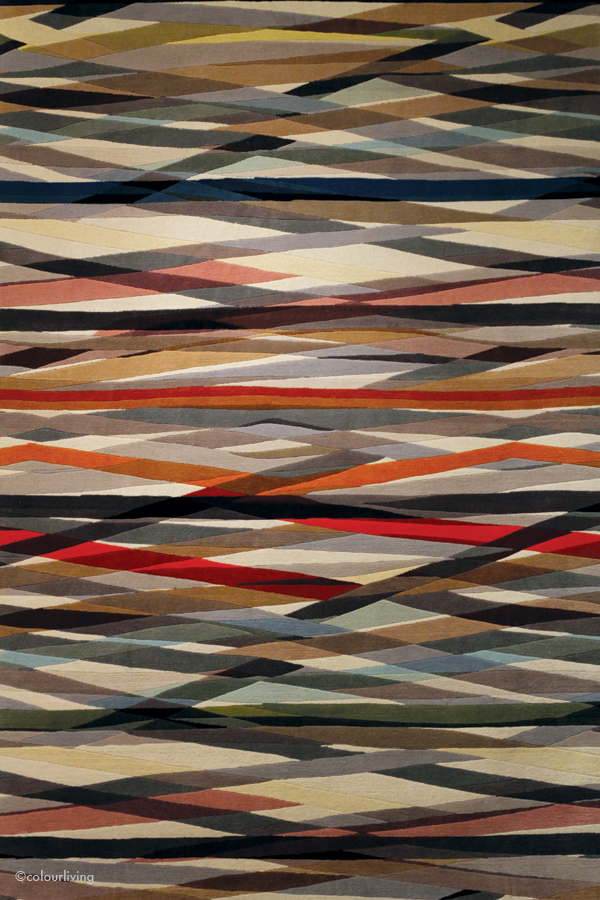 A wonderful wall full of Buttons. 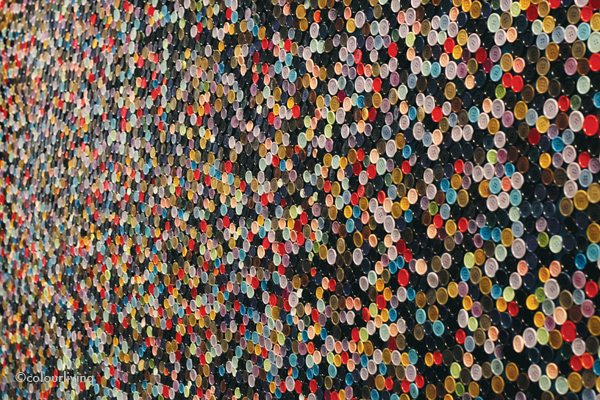 ” I hate shops that all look the same – I love individuality”. The Paul Smith brand designs all their own shops, giving each one its own character and reflecting its setting. 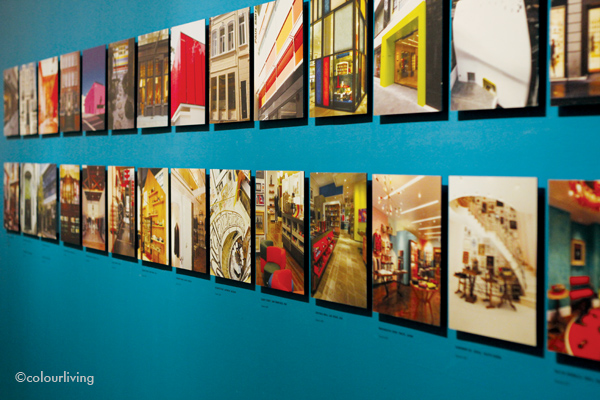 I depicted some of the wonderful garments on display. 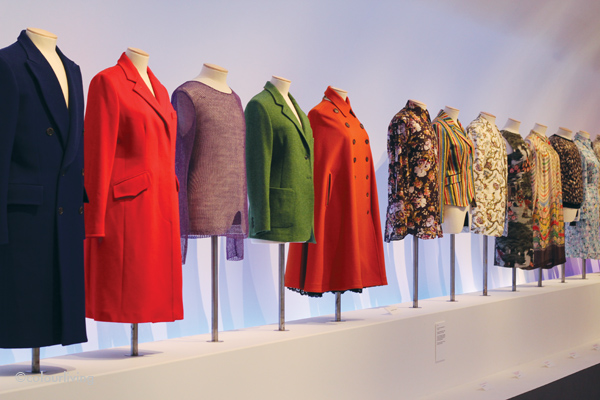 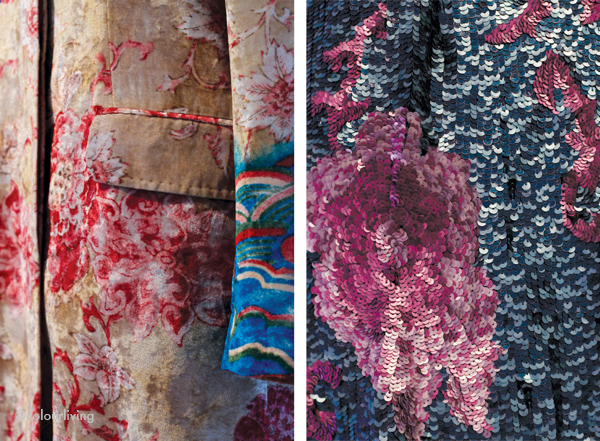 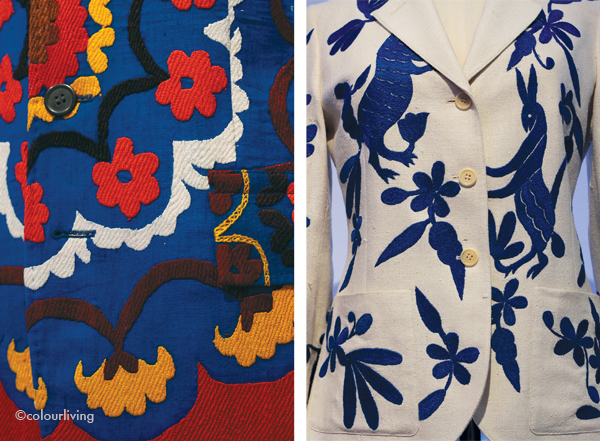 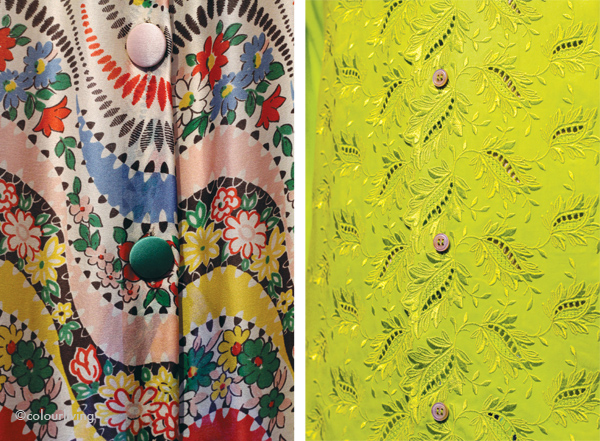 A recreation of the Design Studio. 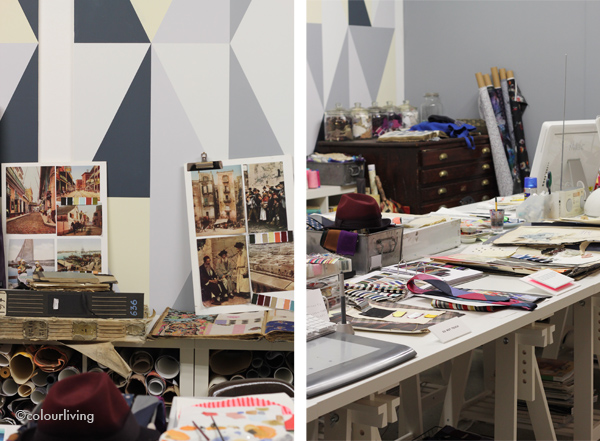 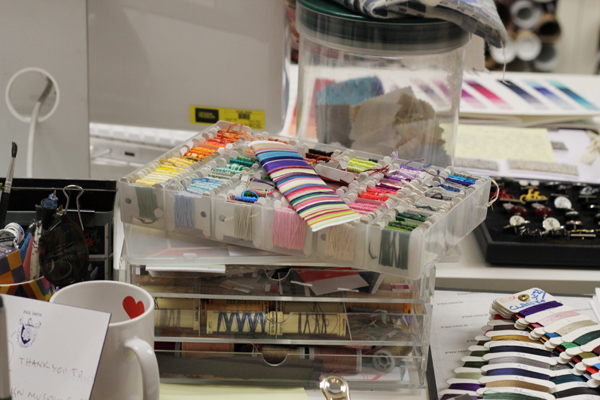 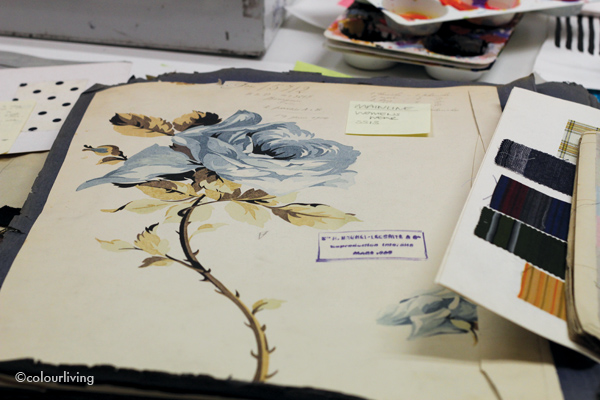 “My father was an amateur photographer… he inspired my passion for photography”. This Rolleiflex camera belonged to Paul’s father. 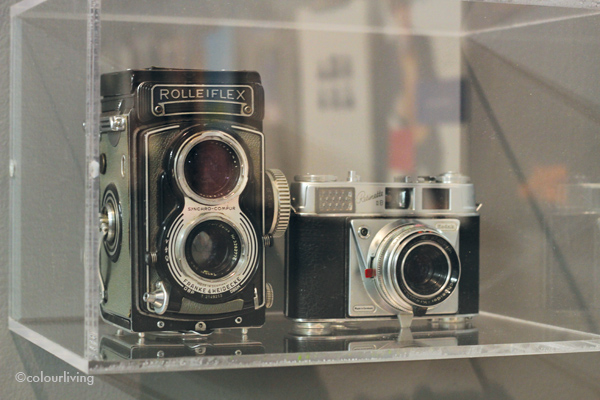 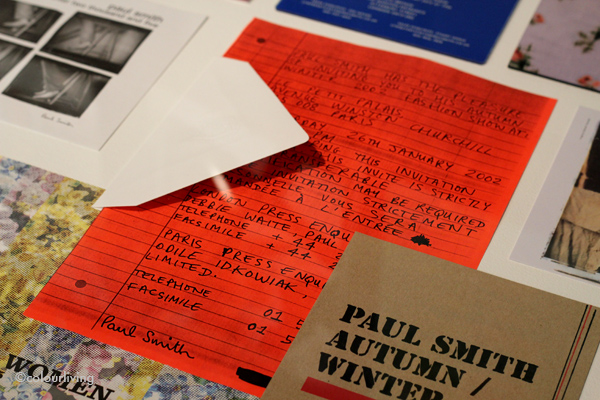 Paul now takes photographs for advertising campaigns of the business. He has a camera with him at all times and the photographs end up being his visual diary. 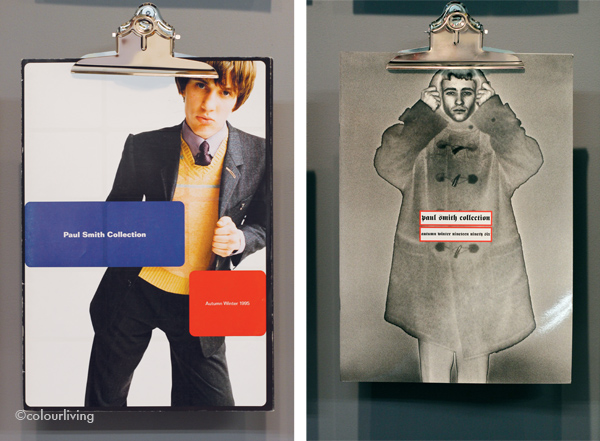 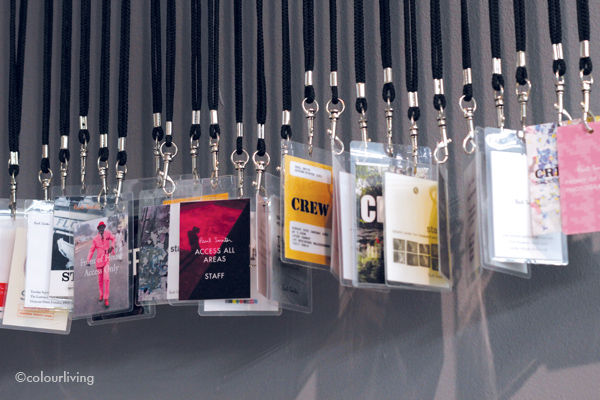 A recreation of the first showroom. It was a bedroom in a Paris hotel. 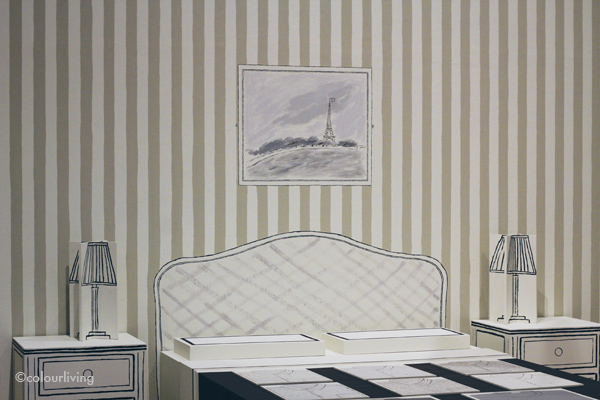 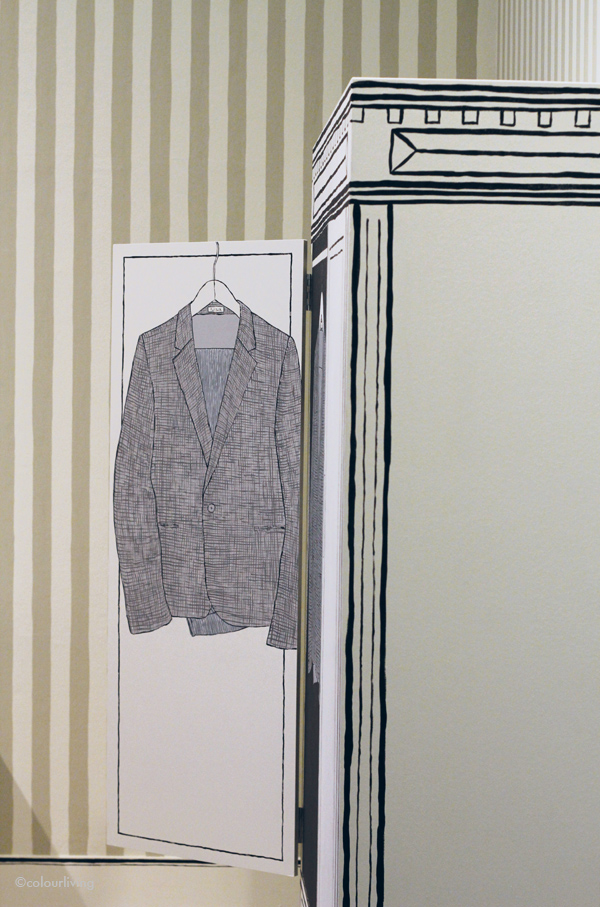 A recreation of Paul’s office in Covent Garden. 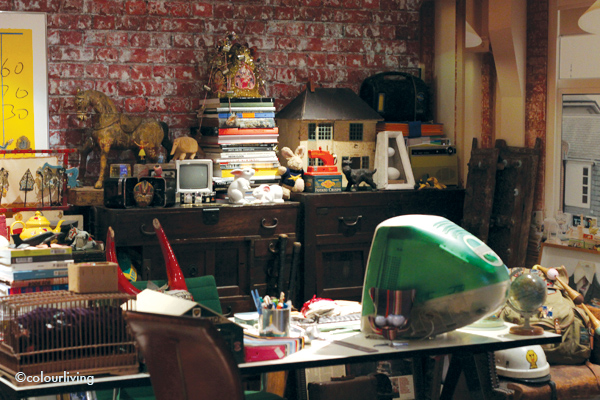 As you enter the exhibition you’ll see an exact scale recreation of Paul’s first shop in Nottingham in 1970. Measuring just 3 x 3 square meters, it was a room that he called his shop. “I had an Afghan hound called Homer, he was the shop manager – we looked the same”. 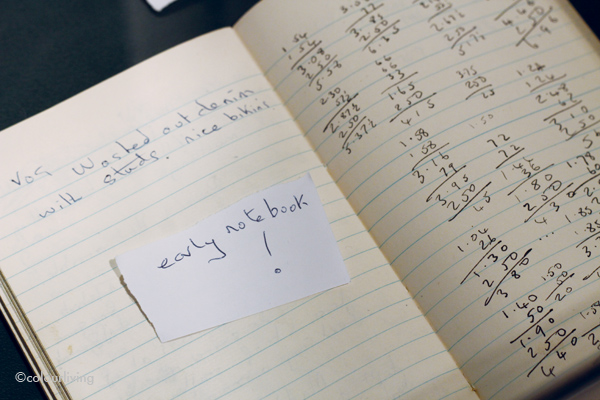 This exhibition tells the remarkable story behind the Paul Smith brand and boy is it a fascinating story. It gives us an insight into the man’s world and his creative process. I’m certainly returning for a second helping and sincerely hope some of you get to visit. The exhibition runs until . Hooray. Due to popularity it’s been extended to 22 June 2014. You can buy the exhibitions accompanying book here

I want to end with Paul’s own words:

“I owe so much to my wife, Pauline. Without her, none of this would have happened. Pauline studied fashion at the Royal College of Art, London and came to Nottingham as a part-time tutor at the School of Art and Design.

She taught me the importance of quality, cut, proportion and an understanding of how clothes are made. I was privileged to go with her to Paris when she took her students to couture shows. She taught me the key elements of the business of fashion and encouraged me to set up on my own”.

This video says it all. Fashion writer Penny Martin (Editor-in-Chief of The Gentlewoman magazine) heads down to the Design Museum in London to take a look at the Paul Smith exhibition.